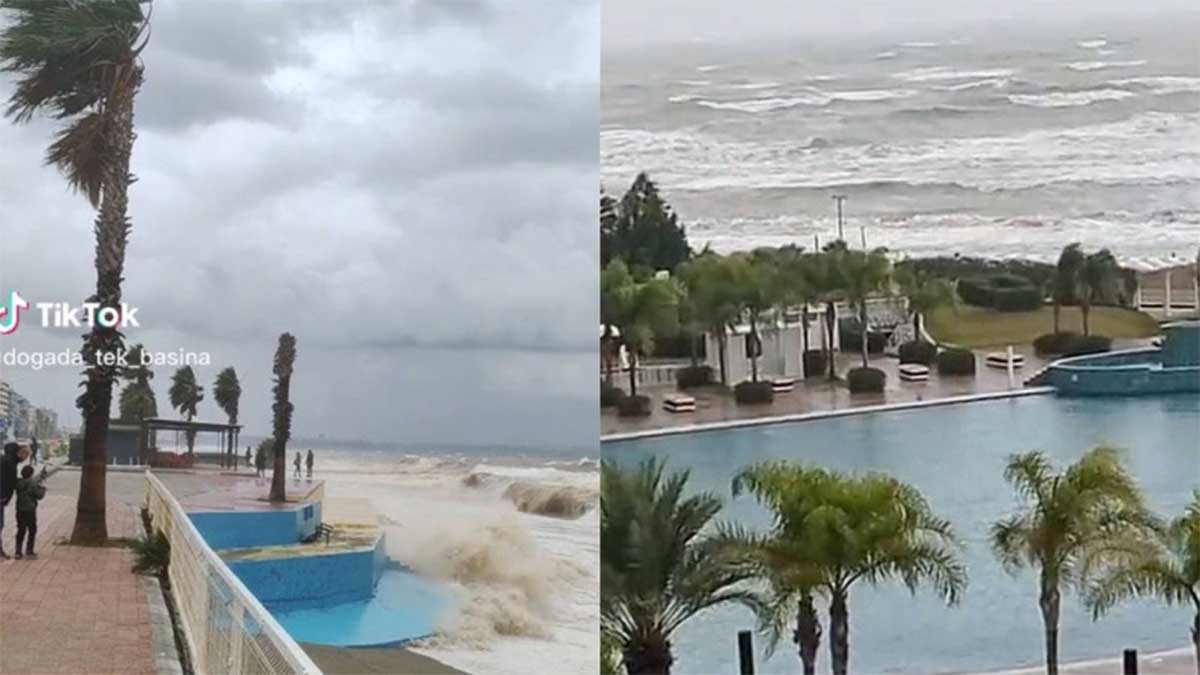 In Antalya, Turkey, the authorities announced a storm warning. The height of the waves off the coast near the popular Konyaalti beach reached 6 meters, Tengritravel.kz reports.

Turkish media report that the storm hit the entire Mediterranean coast of Turkey. Trees were knocked down in many areas of Antalya, dozens of cars were damaged, and heavy rains turned the streets into rivers.

The Yeni Şafak newspaper writes that the roof of a three-story building was blown off in Manisa, after which a disaster damage assessment team was sent to the region. However, there have been no reports of deaths or injuries so far.

Meteorologists recorded the strongest wind in the Isparta province, neighboring Antalya. According to scientists, there it reached 102 kilometers per hour.

Earlier it was reported that there is no snow at European ski resorts due to abnormally warm weather conditions. So, ski resorts in the Alps, especially in the lower regions, have temporarily closed their slopes, as warm weather combined with heavy rain washes away the December snow.

In Antalya, women under 160 cm tall were banned from going out

In Antalya, women under 160 cm tall were forbidden to go out because of the wind