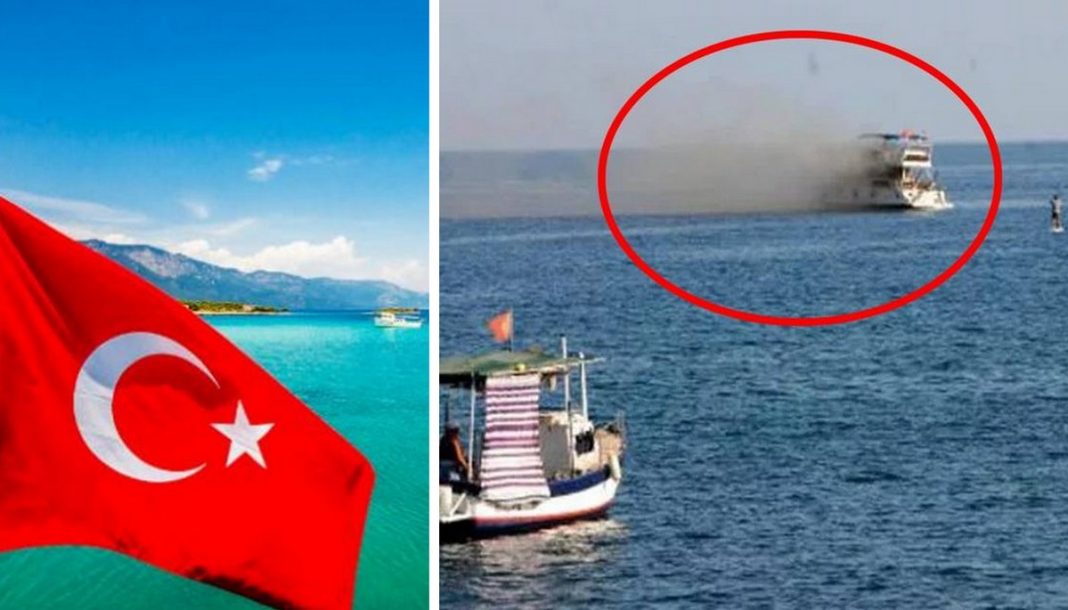 A luxury motor yacht on which tourists were to take a cruise around Alanya in the resort province of Antalya caught fire shortly after it began its journey. Some of the vacationers who were on board escaped by jumping overboard and swimming to the shore, the rest were rescued by the coast guard on boats. Fortunately, the fire on the yacht, which was pulled ashore with a rope, was extinguished. There are no casualties, CNN Turk reported.

The fire for an unknown reason occurred on the luxury yacht “Shahmeran”, where travelers went on an excursion from Alanya. After the report about the accident on board, firemen, police, and coast guard brigades were dispatched to the sea. It was clarified that several people jumped into the sea, while others were rescued by the coast guard who were alert and put them on yachts located nearby. It remains unknown what nationality the passengers were. At this time, boats and jet skis, which came close to the burning vessel, tried to extinguish the flames by dousing it with water.

As a result, firemen managed the fire on the yacht, which was moored to the port of Alanya with the help of a cable. The official cause of the fire, which started in the engine room, will be established only after examinations. It was clarified that the command of the coast guard has already started an investigation of the incident. The amount of material damage was not reported.