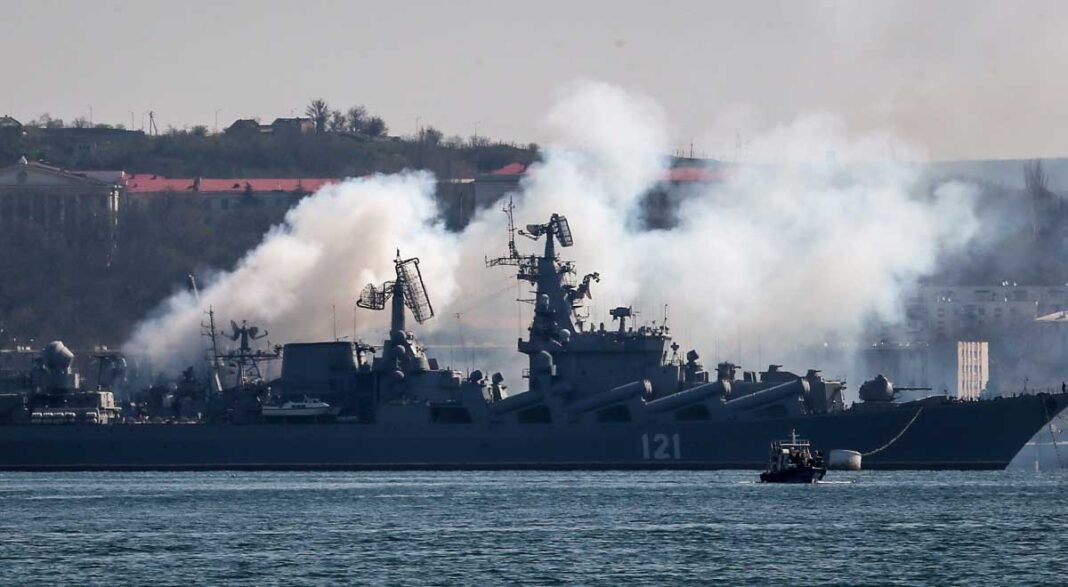 The flagship of the Russian Black Sea Fleet, the cruiser Moskva, is still fighting the fire and heading towards Sevastopol, a senior Pentagon official said on Thursday. Meanwhile, the Ukrainian Defense Express website reports that the cruiser may have nuclear warheads.

According to the Pentagon, a US Department of Defense spokesman said during a press briefing that Moscow had sustained significant damage and was still fighting a fire on board.

The Moscow ship is on fire. He was within range of the Neptune missiles.

According to the ministry, the ship was bound for the port of Sevastopol in Crimea. A Pentagon spokesman said that at the time of the explosion, Moscow was about 100 km from the coast, that is, it was within the range of Ukrainian Neptune anti-ship missiles, which, according to Ukraine, hit the ship.

At the same time, the United States did not confirm or deny that the Ukrainian attack caused damage to the cruiser. The official added that the ships remaining in the vicinity of Moscow moved away to a distance of about 150 km from the coast.

Ukraine claims that the Moskva cruiser, the flagship of the Russian Black Sea Fleet, was hit by its native Neptune anti-ship missile, Russia claims that a fire broke out on the ship.

Is there a nuclear weapon on the burning cruiser?

The cruiser “Moskva” is part of the permanent readiness forces of the Black Sea Fleet, so it must be able to quickly go to the open sea to perform combat missions. Reloading the warheads of the P-500/1000 missile is a time-consuming task and should only be carried out at the base.

There are two possible nuclear weapons systems on the ship

In addition, the cruiser can carry other nuclear weapons – missiles for the Fort system, which is a ship-based analogue of the S-300. During Soviet times, several of them were regularly on board 64 missiles of this system.

According to Defense Express, in the short term, there is no risk of a possible explosion of these missiles in the event of a sinking of the cruiser. As the portal emphasizes, there are currently about 10 reactors, about 10 torpedoes and about 20 ballistic missiles at the bottom of the seas and oceans, most of which ended up there as a result of accidents on Soviet ships that took place from the 1960s to the 1980s.

In Antalya, Turkey, attempts to set fire to resorts continue

Beaches in Egypt were closed after a deadly shark attack

Shark attacks on tourists in Egypt continue: a second woman was killed, strict measures are urgently introduced in Hurghada

Zelensky warned about a nuclear strike from Russia