HomeRussiaIn Turkish Bodrum, Ukrainians and Russians were evicted from the hotel
RussiaTourismTurkey
29.07.2022, 08:20

In Turkish Bodrum, Ukrainians and Russians were evicted from the hotel 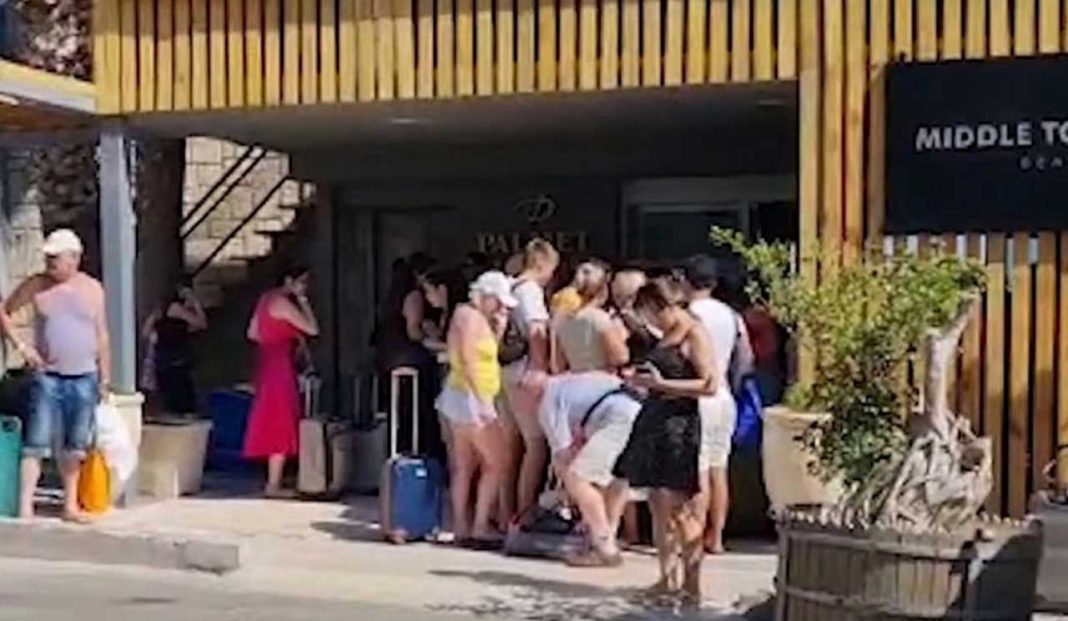 Russians, Ukrainians, and Danes were forced to leave a 4-star hotel in Turkish Bodrum. Tourists booked rooms in advance and were not ready for such a turn of events. In total, about three hundred people rested in Palmet Bodrum, which was formerly called Middle Town.

According to Turizmgazetesi, people waited in front of the sealed entrance for about 5 hours. Some vacationers tried to break through the cordon inside. Later, the tourists were taken to other hotels. Unfortunately, it is not known whether travelers booked rooms on their own or bought tours from agencies.

The situation with the eviction amid the holiday arose due to problems with the hotel documents. According to Bodrum Kent TV, back in mid-July, the chain’s management received an order to suspend activities, but they continued to receive guests. The authorities asked the owners of Palmet Bodrum to fix a water leak that could pollute the beach. To resume operations, the hotel will need to resolve the issue and obtain environmental impact assessment documents.

Similar incidents periodically occur in Turkish hotels, and this has nothing to do with nationality. The country’s authorities are trying to control accommodation facilities and monitor the availability of licenses. So, in the fall of 2020, tourists from IQ Marmaris 4 * in Marmaris were evicted from their rooms right at night because the hotel did not have permission to sell alcohol and provide tourist services.