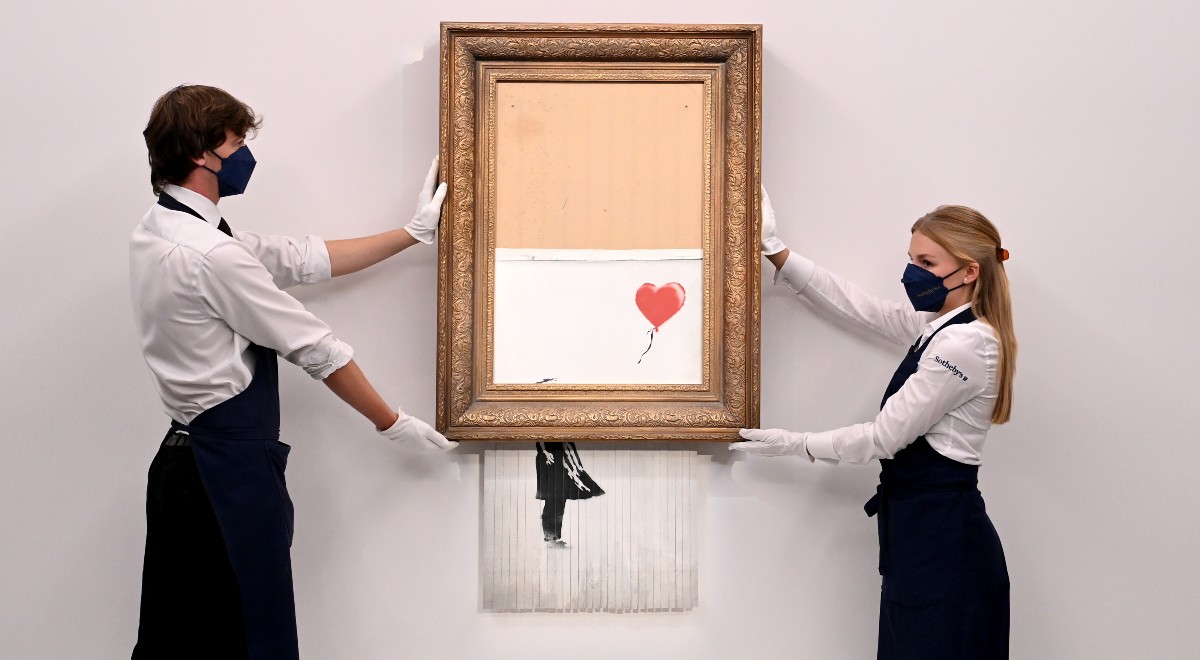 £ 16 million is the price for Banksy’s famous – dilapidated – work in London. Three years ago, just after an anonymous buyer auctioned the Girl with a Balloon, the work was partially self-destructed in front of the auction house buyers. What remains of it has just been sold at Sotheby’s for many times the original.

Gerhard, Richter, Cy Twombly, Bridget Riley – the autumn contemporary art auction was full of big names. But, probably, everyone was waiting for the moment when the work that amazed buyers in 2018 will return to the auction. The artist installed a chopper that was remotely triggered by pressing a button in the frame. However, the mechanism is stuck. The “Girl” part has survived, and the lower part of the car has turned into hanging strips of paper.

And this time there were fears that Banksy hadn’t come up with anything. “You can’t even imagine how afraid I am to hit with a hammer,” the auctioneer admitted shortly before the sale was announced. However, the hammer fell, and this time the work went well. Over the past three years, it has risen sharply in value. In 2018, the work – still in its entirety – was sold for a “paltry” million pounds. According to estimates by the auction house, now it will be six million. In the end, it turned out to be sixteen. The winner of the auction will pay even more because two and a half million administrative costs have to be added.

The irony is that self-destruction was meant to criticize the commercialization of the art world and the absurd amounts of their rich offerings of works.

In Egypt, the ancient holiday revived for tourists 5,000 years old