HomeFranceGermany, Italy, and France have suspended AstraZeneca vaccination due to side effects
FranceGermanyItaly
17.03.2021, 09:24

Germany, Italy, and France have suspended AstraZeneca vaccination due to side effects 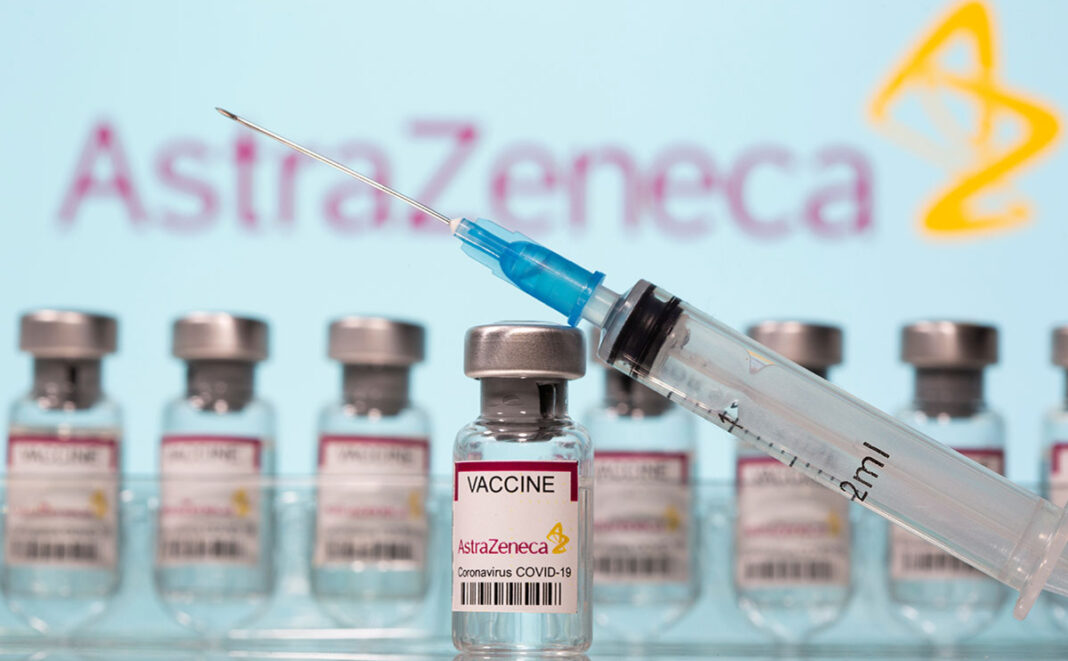 Germany, France and Italy said Monday they would stop vaccinating AstraZeneca after several countries reported possible serious side effects, but the World Health Organization (WHO) said there was no proven link and people were not should panic.

However, the decision of the three largest countries of the European Union to suspend vaccination AstraZeneca (AZN.L) has suspended the already impossible vaccination campaign in 27 EU countries.

Denmark and Norway stopped vaccinating last week after reports of isolated bleeding, blood clots and low platelet counts. Iceland and Bulgaria followed suit, and Ireland and the Netherlands announced their suspension on Sunday.

On Monday, the top WHO scientist reiterated that there were no documented deaths associated with COVID-19 vaccines.

“We don’t want people to panic,” Sumia Swaminanath told an online media briefing, adding that so far there has been no association that is clearly defined between the so-called “thromboembolic events” reported in some countries. and COVID-19 vaccines.

WHO President Tedros Adhan Gebreesus said that a meeting of the AstraZeneca Advisory Committee would be held on Tuesday. The EU regulatory body, the EMA, is also being convened this week to assess the information gathered on whether AstraZeneca has caused thromboembolic events in those who have been vaccinated.

The steps of some of Europe’s most populous countries will exacerbate concerns about the slow release of vaccines in a region suffering from shortages due to problems with vaccine production, such as AstraZeneca.

Last week, Germany warned that it was facing a third wave of infections, Italy was tightening its blockade and hospitals in the Paris region were almost overcrowded.

German Health Minister Jens Spahn said that although the risk of blood clots is low, this cannot be ruled out.

“This is a professional decision, not a political one,” Spahn said, adding that he was following the recommendations of the Paul Ehrlich Institute, Germany’s vaccine regulator.

France has stated that it will stop using the vaccine pending evaluation by the EMA.

“The decision taken in accordance with our European policy is to suspend, as a precaution, the vaccination with AZ vaccines, hoping that we will be able to resume quickly if the EMA leadership allows,” said French President Emmanuel Macron.

Italy said its suspension was a “precautionary and temporary measure” pending an EMA decision.

“The EMA will meet soon to clarify any doubts that the AstraZeneca vaccine can be recovered as soon as possible as part of the vaccination,” said Gianni Retza, Director General for Prevention at the Italian Ministry of Health.

Austria and Spain have stopped using separate parties, and prosecutors in the northern Italian region of Piedmont have previously withdrawn 393,600 doses after the man’s death a few hours after vaccination. It was the second region to do so after Sicily, where two people died shortly after vaccination.

The WHO has called on countries not to stop vaccinating against the disease, which has caused more than 2.7 million deaths worldwide. WHO Director-General Tedros said there were public health systems.

“This does not necessarily mean that these events are related to vaccination against COVID-19, but it is common practice to investigate them, and it shows that the surveillance system is working and that effective control is in place,” he said at a briefing. for the media.

The United Kingdom has said it has no concerns, while Poland has said it believes the benefits outweigh any risks.

The EMA reports that as of March 10, there have been 30 cases of blood clotting among about 5 million people vaccinated with AstraZeneca in the European Economic Area, which connects 30 European countries.

Michael Head, a senior fellow at the University of Southampton, said the decisions of France, Germany and others looked incomprehensible.

“The data we have show that the number of side effects associated with blood clots is the same (and perhaps actually lower) in vaccinated groups compared to unvaccinated groups,” he said, adding that stopping vaccination programs have consequences.

“This leads to delays in human protection and a potential increase in vaccine fluctuations due to people who have seen the headlines and are, of course, concerned. So far, there is no evidence to really justify these decisions.”

However, a senior German infectious disease doctor said that the background incidence of 2-5 thrombosis per million per year was significantly lower than the number of 7 of the 1.6 million vaccinated people cited by the German Ministry of Health.

“This should be the reason for stopping vaccination in Germany until all cases are covered, including suspicions in Germany and Europe,” said Clemens Wendtner, head of the special unit for highly contagious infections that threaten the life of the Schwabing Clinic in Munich.

The AstraZeneca vaccine was one of the first and cheapest to be developed and launched since the coronavirus was first detected in central China in late 2019, and it should be the mainstay of vaccination programs in most developing countries.

On Monday, Thailand announced plans to continue vaccinating the Anglo-Swedish company after it ceased use on Friday, but Indonesia said it would wait for WHO to report.

The WHO stated that its advisory group was reviewing reports on vaccines and would publish its findings as soon as possible. But he said he was unlikely to change his recommendations issued last month for widespread use, including in countries where the South African version of the virus could reduce its effectiveness.

The EMA also stated that there were no indications that the events were caused by vaccination and that the number of blood clots reported was not higher than in the general population.

But several side effects reported in Europe have upset vaccination programs, which are already stumbled by slow implementation and skepticism about vaccines in some countries.

The Netherlands said on Monday it had seen 10 possible side effects from AstraZeneca, hours after its vaccination program was suspended, with potential side effects reported in other countries.

Recent information points to a very special, rare form of thrombosis, which seems to have occurred in some cases soon after vaccination. Of course, this is suspicious and should be investigated, “said Anke Hakride, a professor of vaccination at the University of Groningen in the Netherlands.

Denmark has reported “extremely unusual” symptoms in a 60-year-old man who died from a blood clot after receiving the vaccine. This is the same phrase that Norway used on Saturday for three people under the age of 50, after whom she spoke about hospital treatment.

One in three health workers hospitalized in Norway after receiving the AstraZeneca vaccine died, health authorities said Monday, but there was no evidence that the cause was the vaccine.

Earlier, AstraZeneca said it had conducted a survey of more than 17 million people vaccinated in the EU and the UK, which showed no evidence of an increased risk of blood clots.

The long-awaited results of the 30,000-person trial of the vaccine in the United States, currently being conducted by AstraZeneca, are currently being reviewed by independent observers to determine whether the vaccine is safe and effective, a senior U.S. official said Monday.