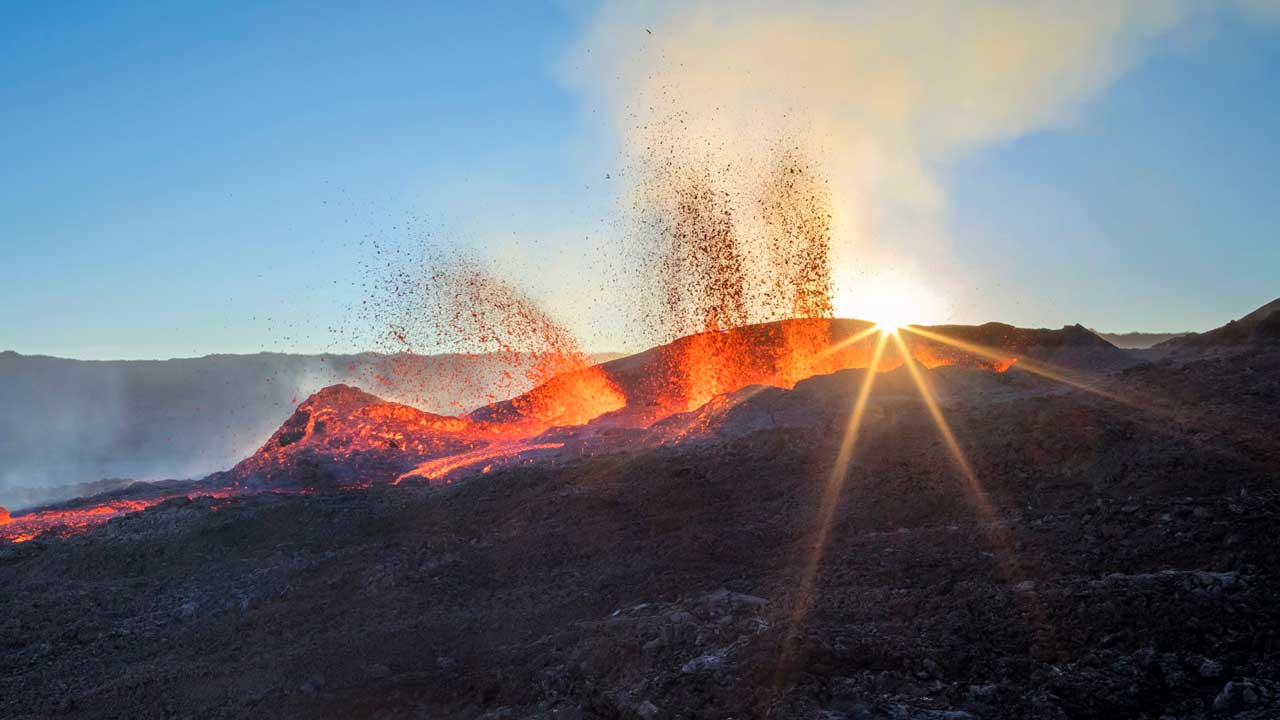 According to volcanologists, “the source of the eruption is located on the southwestern slope of the volcano”, in a completely deserted area, “not particularly threatening the safety of people, material objects or the environment,” local authorities specified.

The equipment of the volcanological center fixes the exit of lava to the surface. The volcanic massif is covered with a dense cloud layer and it is not yet possible to visually observe the phenomenon.

For security reasons, authorities have banned any access to the volcano’s central caldera, the place where the crater collapses on itself.

Piton de la Fournaise is one of the most active volcanoes in the world. It has erupted twenty times over the past decade. The last time this happened was on December 22, 2021, and the eruption lasted 17 days.

Piton de la Fournaise eruptions are called effusive or “Hawaiian-type”. Lava flows mostly down the slopes of a volcano, unlike explosive eruptions, where volcanoes shoot clouds of ash high into the sky.

A volcano erupts near Iceland’s capital