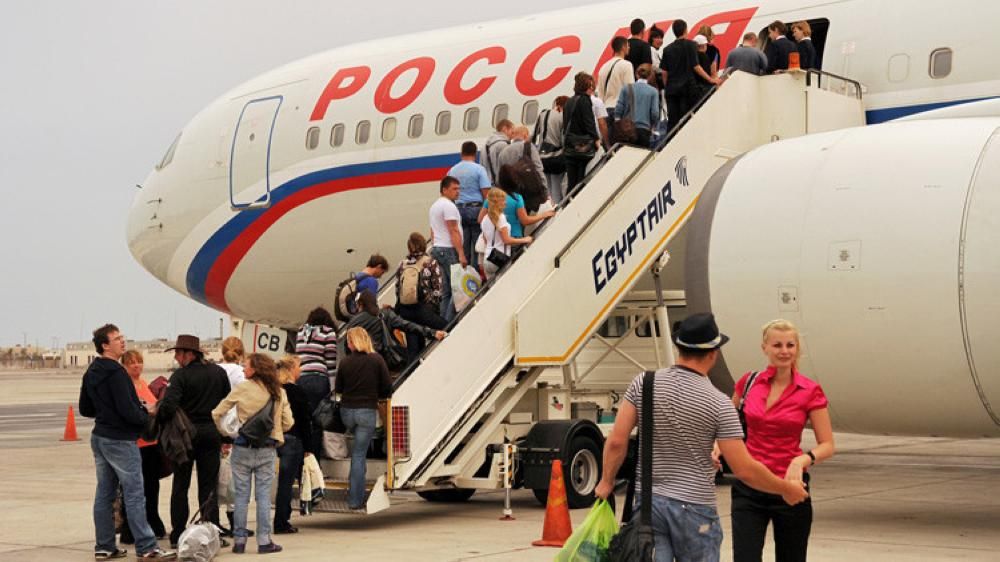 Russian flights to Egypt’s Sharm el-Sheikh and Hurghada airports will resume by the end of February, the Daily News Egypt reported, according to a source close to Egyptian civil aviation.

In late January, the Russian security delegation inspected Sharm el-Sheikh and Hurghada airports in preparation for the resumption of Russian flights to Egypt.

During its visit, the delegation followed security procedures in the travel and arrival halls to protect tourists from the risk of coronavirus infection.

More importantly, the security systems at Sharm el-Sheikh and Hurghada airports have been thoroughly improved, and airports have recently undergone European and American inspections, and many companies have planned to fly to Egyptian airports, sources added.

After a nearly three-year ban and intense talks, Russia’s national carrier Aeroflot resumed flights to Cairo in April 2018, which began in October 2015 after a bomb exploded on a Russian plane over Sharm el-Sheikh, damaging the Egyptian tourism industry. Previously, Egypt received millions of Russian tourists annually.

Although direct flights between Moscow and Cairo were resumed in April 2018, Red Sea resorts remain closed to Russian charter flights.

At the end of 2020, Egyptian Foreign Minister Sameh Shukri met with Russian Minister of Industry and Trade Denis Manturov in Moscow to discuss the intensification of relations between the two countries.

Shukri expressed Egypt’s desire to resume charter flights from Russia to the Red Sea resorts of Sharm el-Sheikh and Hurghada in Egypt, especially after the recent events committed by Egyptian airports in terms of security measures.