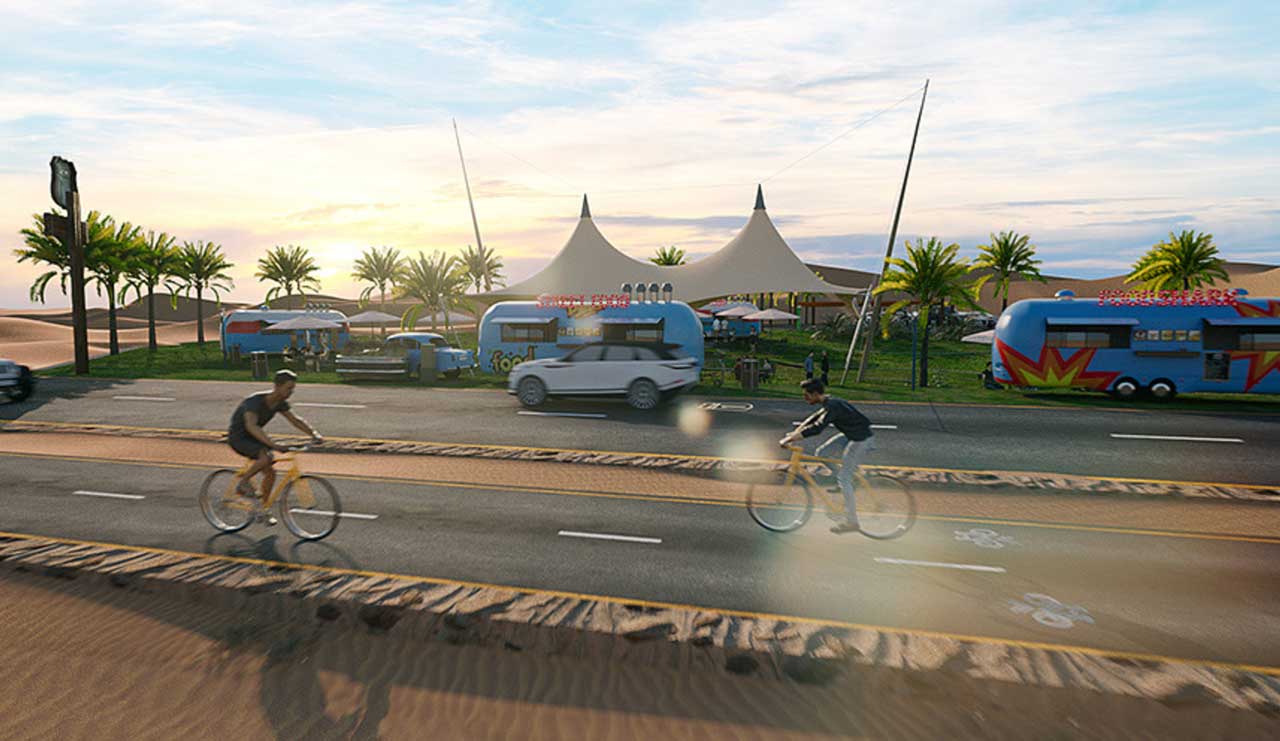 Dubai plans to organize a 100-kilometer tourist route that will pass through the Saih al-Salam desert past artificial lakes and dunes 40 km from the city center. The project was announced by the government of the emirate, it is part of the master plan for the development of rural areas of Dubai, which was approved by Emir Mohammed bin Rashid Al Maktoum.

As conceived by the authors, tourists will drive cars and bicycles along the paved road with stops at key points on the route. Among the sands, they plan to build campsites, transparent domed tents, a lounge area, cafes and souvenir shops, a parking lot for motorhomes, an open-air cinema, and an observation deck for bird watching.

It is assumed that travelers will rent kayaks for walks on the lake, ride horses and camels, and buy excursions in hot air balloons and helicopters. Tourists are going to offer trips to the excavations of antiquities and the archaeological museum, sandboarding, and driving in the desert.

“The project, which is based on the concept of the scenic route, will include facilities that provide a holistic tourism experience. It aims to increase the number of activities and services offered that contribute to the development of desert tourism,” the Dubai government said in a press release.

When exactly the route will be ready, officials do not specify. The master plan for the development of rural areas, which includes a tourism project, is calculated until 2040.