HomeGreeceThe war crept into the resorts of Greece and Turkey
GreeceTourismTurkey
29.09.2022, 18:35

The war crept into the resorts of Greece and Turkey 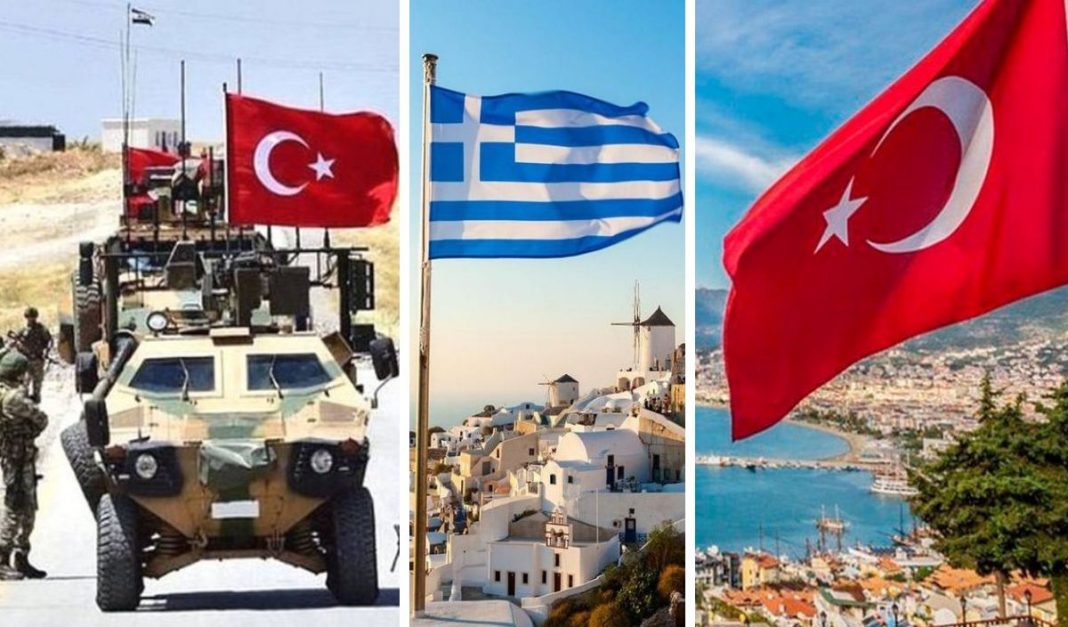 Russians, starting from February, those who fled to Turkey, can expect an unpleasant surprise. Tensions between Greece and Turkey continue to rise rapidly, with arms rattling on both sides becoming more active. As a result, any incident with the military on the borders of these countries can spontaneously turn into a full-fledged armed conflict. For the Russians hiding in Antalya from mobilization, the situation is worsened by the fact that the main territories of “inciting the conflict” are the Greek islands, which means that a potential war could start right in the resort area.

The National Security Council of Turkey has been actively discussing the escalation of tensions between Greece and Turkey in recent days. Chaired by President Recep Tayyip Erdogan, the council discussed Greece’s recent deployment of armored fighting vehicles to the Greek islands of Lesbos and Samos. Dozens of armored vehicles were sent there: 23 armored personnel carriers to the island of Lesvos and another 18 to the island of Samos.

“Turkish officials said the deployment was a violation of the islands’ non-military status under international law. Ankara summoned the Greek ambassador and expressed a protest to Washington,” Turkish media say. The fact is that the deployed armored vehicles are American.

According to Ankara, the islands must remain demilitarized by international treaties. At the same time, President Erdogan has already accused Greece of provocations against Turkey. “We will not forget to protect the rights and interests of our country from Greece, using all the means at our disposal when necessary,” Erdogan said after a cabinet meeting. Experts recalled that similar statements were made before Turkey’s military operations in Syria and Iraq. Thus, as the media emphasize, Erdogan threatens to use military force against a neighboring country.

Greece, in turn, said it needed to protect the islands, many of which are close to Turkey’s coast, from a potential Turkish attack. “Greece is not a country that threatens its neighbor with war or gathers a large landing force on its coastline, as Turkey has done,” the Associated Press quoted a “Greek government official.” However, the Prime Minister of Greece, Kyriakos Mitsotakis, officially adheres to the same tough rhetoric as Turkey: “violations of Greece’s borders, whoever commits them, will not go unpunished,” he said. The Greek prime minister also reminded us that “in the 21st century there is no place for imperial visions of other eras” and added that history teaches that whoever violates the borders will be punished in the end. As a result, there is a certain risk that the coast of Turkey may soon cease to be an attractive destination for those fleeing the mobilization.