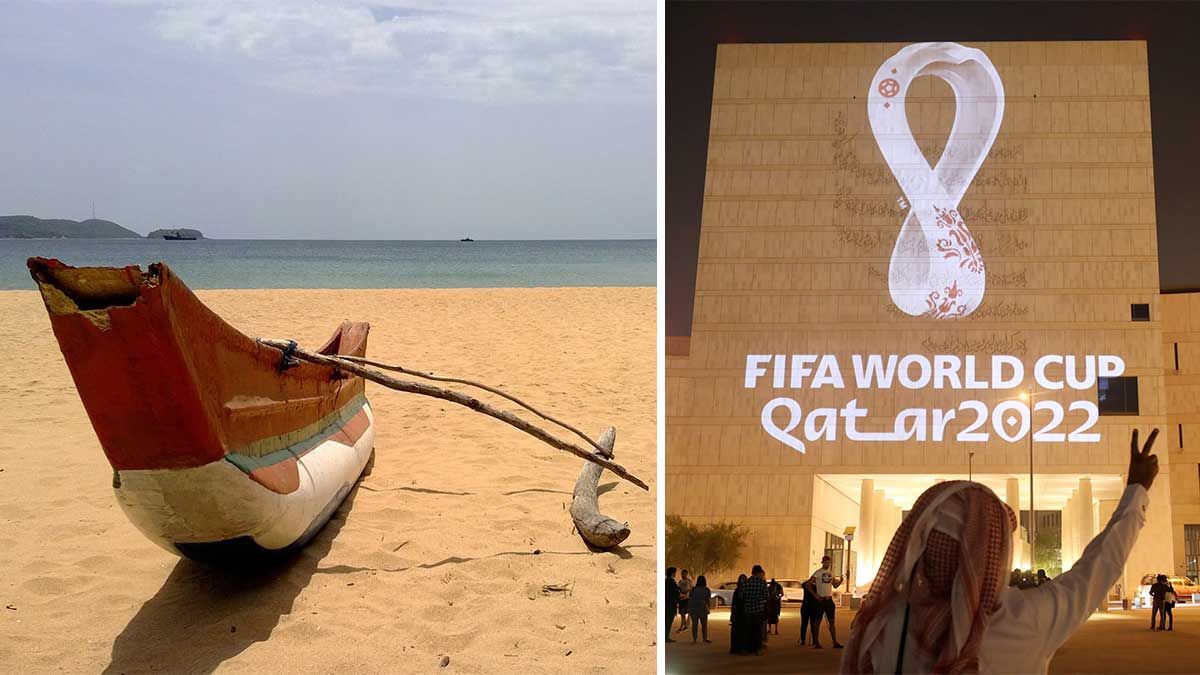 Sri Lankan Airlines, Flydubai, Qatar Airways, and Air India have joined the program to support Sri Lanka’s tourism efforts to attract a significant portion of its more than 1.2 million football fans during the four to five-day breaks between favorite team matches. Recall that the World Cup will be held from November 20 to December 18.

Officials are confident that the action will attract about 5,000 football fans from all over the world. Negombo Beach near Bandaranaike Airport will feature a giant TV screen showing all matches live, food and drink kiosks, and an authentic pub with snacks and music.

A popular destination in the west of Sri Lanka, Negombo promises an exciting introduction to Sri Lankan coastal life, a lively fish market, a touch of colonial charm, and hundreds of colorful wooden boats.

Tourism is a strategically important industry for Sri Lanka and the third largest export source for the national economy.

In 2019, 1.9 million foreign visitors visited Sri Lanka, which brought about 3.6 billion US dollars to the local economy. In October 2022, Sri Lanka attracted 42,026 travelers, up 41 percent from the previous month, while arrivals in the first 10 months of 2022 were 568,258. Tourism revenue for the first five months was $893 million compared to $64 million a year earlier.

In Thailand, they found a way to legalize the tote book: the results of the matches of the 2022 European Championship are now predicted...

Jail or a big fine: tourists in Qatar have been sternly warned not to break a simple rule