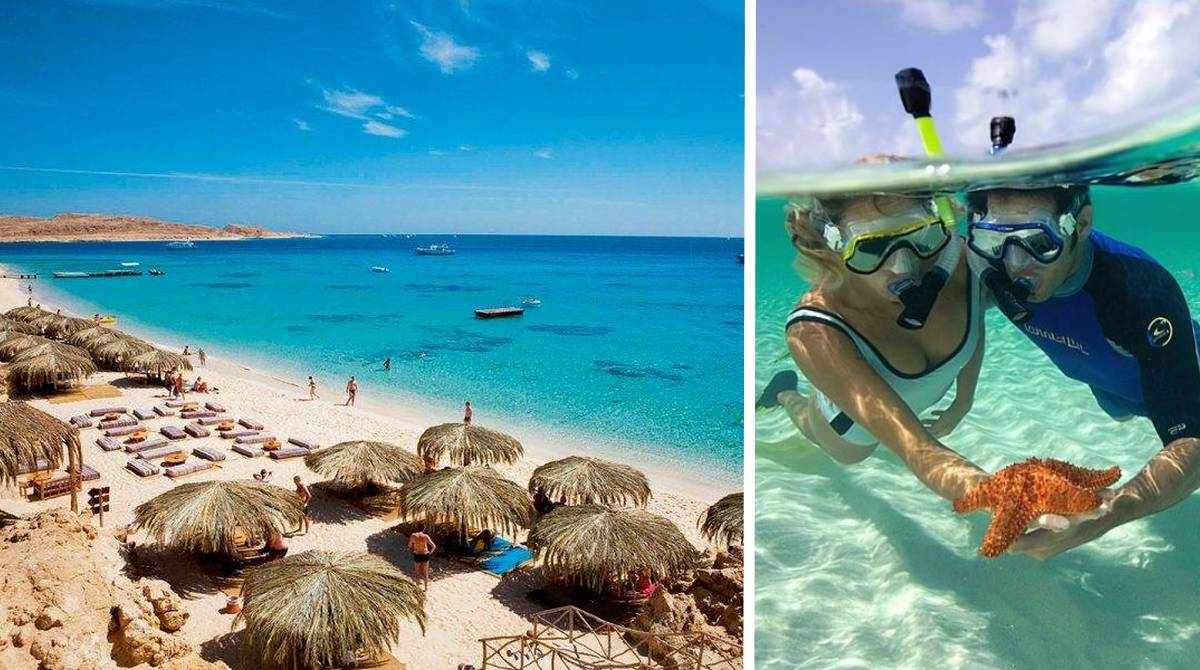 A unique 28-day package tour to a 5-star Hurghada hotel in Egypt with an All Inclusive service system was launched by British EasyJet Holidays. The cost of ACMA’s super profitable offer is only 27,000 hryvnias (£650). However, this price tag is relevant primarily for British tourists.

The package deal has been launched as part of the ‘Escape the UK’ program, which will cost holidaymakers far less than the average UK household’s monthly electricity bill in winter, The Sun has revealed. It is about the Stella Gardens Resort hotel, which is located in Hurghada in Makadi Bay – one of the most respectable resorts on the coast.

Almost a month’s stay in a 5-star hotel includes not only accommodation and meals, intermediate snacks and drinks, but also free access to the spa and gym. Wi-Fi works on the territory – it will be useful for remote tourists, that is, those who work online. Taking into account the return flight and airport transfer, the holiday will cost travelers just 950 hryvnias (£23) per day. Tour sales are already open, the first tourists are testing a similar vacation format.

According to experts, this is an attractive proposition. Because the vacation will be cheap, comfortable, and carefree. Britain’s slush and cold weather also lose out to Egypt’s, despite the end of the beach season. If in Great Britain in December the thermometer usually fluctuates between +1°C and +8°C, then in Egypt’s Makadi Bay the average daily air temperature in December is about +20°C.

Matt Callaghan, director of customer and operations at EasyJet Holidays, added: “With more and more Brits looking online for an overseas escape this winter, we knew we had to try and offer consumers a solution. We’ve looked at everything EasyJet Holidays has to offer and can confirm that yes, our new 28-day winter holiday is cheaper than staying at home this year.”

Other experts confirmed the financial gain from temporary relocation. For example, Lynn Beattie, an accountant at ACMA management, conducted research using ONS data, which showed that this holiday would cost hryvnias 11,500 (£227) cheaper than staying in the UK. “While escaping abroad doesn’t cancel all our financial obligations, it’s striking to realize that it’s cheaper to buy an all-inclusive holiday than to stay in the UK this winter.”

It will be recalled that earlier the British electricity and gas company National Grid published an alarming warning that the country may be left without electricity if the energy crisis continues. In addition, authorities said blackouts could become common during the coldest nights of January and February if generators run out of gas. And electricity bills are forecast to reach 209,000 hryvnias (£5,000) in April. With such price tags for utility bills, British tourists can quite easily travel by public transport to other, warmer countries.

The list of the best hotels in Turkey has been published

Turkish resorts plan to abandon the All inclusive system