HomeLifeStyleIt will never taste good: Tourists have been named the plane food...
LifeStyleTourism
09.12.2022, 09:05 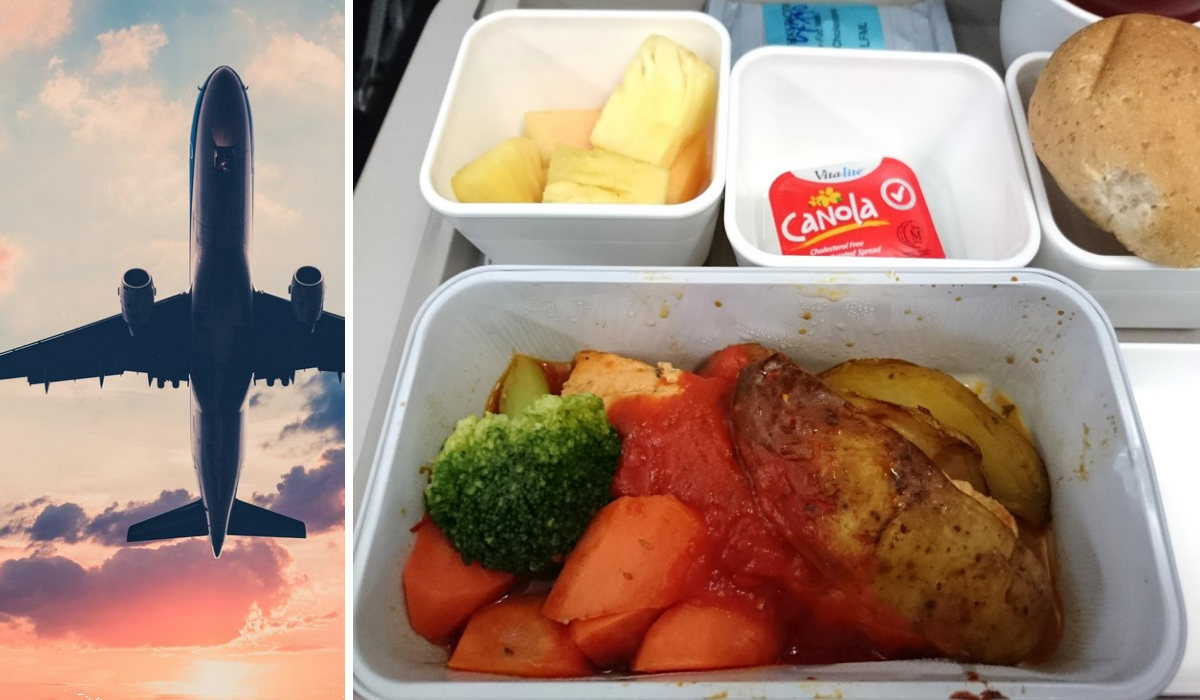 Food on board planes is rarely a culinary extravaganza, but there are ways to make it a little tastier. However, this does not apply to pasta, including pasta. It is this dish that becomes inedible on board the plane.

As LSG Sky Chefs Asia Pacific Director of Culinary Excellence and in-flight catering expert Fritz Gross explained to CNN, unfortunately, the taste is not a priority for people preparing food for airliners, for them, hygiene is much more critical.

“Our main concern is food safety. We cook so much volume that we can’t afford to do anything wrong. You can imagine how easy it is to sue the airline,” he said, adding that a simple rule of thumb when choosing meals on board should be to order things that tourists could easily heat at home and eat with pleasure.

According to him, meals that can withstand the heating process are best ordered simply because the food must be properly prepared when it is served to passengers. Since pasta has to be served with a certain texture to be enjoyable, it is considered to be one of the dishes that suffers the most on board an airplane.

In the same way, dishes that require a large number of fresh ingredients, for example, salads, are also unlikely to be tasty, because the quality of food after some storage will not be as good, that is, these are already “stale” dishes. “We are not a restaurant – we cannot go to the market in the morning, choose the freshest everything and make a special dish of the day out of it,” the aviation expert explained.

Instead of pasta or something else that can lose its appearance and turn into mush when heated, you should order stewed meat with vegetables, if possible. “We can simmer it and reheat it over and over and it’s still a stew,” he added.

In addition, the food in the sky will not be as tasty as travelers expect, because the taste buds are affected by the pressure difference in the cabin, which reduces the oxygen level in the blood. In other words, the part of the nervous system that responds to odors becomes less sensitive, further impairing the sense of smell.

However, the British expert is not the only one who advises ignoring pasta on the plane. Thus, Dr. Charles Platkin and part-time executive director of the Center for Food Policy at American College previously said that tourists could feel bad when they eat in-flight. He analyzed several airline meals and warned that high-carb foods will not satiate the body, but instead make you feel wildly tired upon arrival: “Eating a lot of heavy carbohydrates, such as pasta with thick sauces, bread, muffins or cakes, will make you feel lethargic, capricious, unsatisfied and dissatisfied with what they have eaten. Your blood sugar will spike and then crash, which will hurt your well-being.”

However, there is a strange way that can improve the taste of fresh food on the plane. According to Oxford professor Charles Spence, wearing noise-canceling headphones can improve the quality of both food and drink. Professor Spence, a taste and food expert who wrote Gastrophysics: The New Science of Food, previously told The Telegraph: “Putting on noise-canceling headphones is one of the easiest ways to improve the taste of food and drink at altitude. Low cabin pressure, dry cabin air, and loud engine noise – all this leads to the fact that we do not feel the taste and smell of food and drinks.”

Blocking out the roar of an airplane engine with headphones will help, because it turns out that low sounds can also make food taste 10% worse. At the same time, a study conducted by a scientist at Heston Blumenthal’s Fat Duck restaurant also found that listening to high-pitched sounds can make food taste 10% sweeter. “It must be said that the effect was small, but it was enough to potentially affect the tasting in the air,” he summarized the results of his experiment.