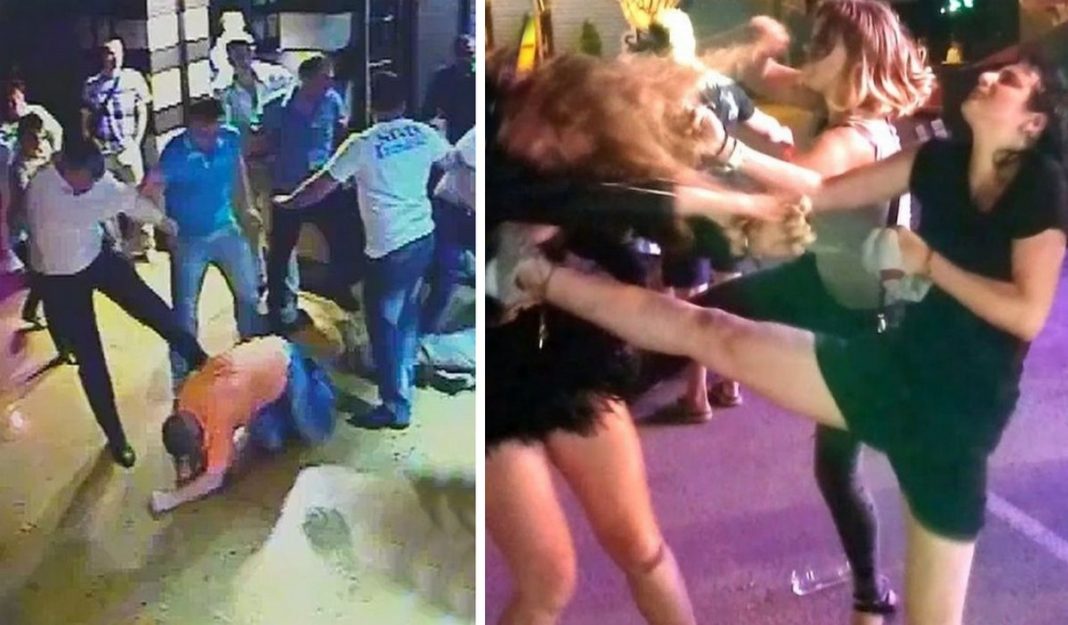 “Some hoteliers in Turkey do not just violate all hospitality laws – they directly allow crimes against tourists, primarily from Russia, at their resorts,” – this is the statement published by the propaganda Russian Telegram channel Rybar, which told about the incident at the Alanya resort.

According to the Telegram channel, there was a case of “national enmity” at the Quattro Beach Hotel, the victims of which were the Russians – and the owners of the hotel were not just powerless, but took the side of the attackers.

It will also be interesting: A Humpback whale swallowed two tourists off the coast of California (Video)

As told on the channel, tourists from Russia, Ukraine, and Poland traditionally go to the hotel. The victims are a couple from the south of Russia.

“On July 13, in the hotel, a group of four Poles attacked a guy in the restaurant during the day. The hotel’s security staff and service staff silently watched what was happening and did not intervene, despite the shouts and requests of the couple, who tried to break up the fight on their own,” the Telegram channel writes.

He explains that before that the Polish tourists “initially acted as the initiators of communication with the couple”, but after a friendly conversation on common topics, they began to persistently find out from the Russians their attitude towards Russian aggression in Ukraine. “After being repeatedly refused to talk about political topics, one of the Polish tourists suddenly became clingy, forcing her husband to intervene and demand an end to such behavior. After that, the attack was committed,” the authors of the propaganda channel say, there are no comments from the other side.

The police were not called by the hotel staff, but by other tourists, and the Poles disappeared before the police arrived. At the same time, the beaten Russian tourist was not even given first aid but was taken to the nearest precinct, where he was put in a cell and forced to confess that he had deliberately provoked aggression against him by offending regular guests, probably Russians, with his behavior (how can they do that ) themselves provoked the fight, for which they paid.

It will also be interesting: A mass fight involving 60 people: tourists estimated their quarrel with the hotel owner in Antalya at 7 thousand euros

“The victim was not allowed to contact the Russian embassy, ​​lawyers, or at least his wife. In the morning, he somehow got to the hotel, where he finally received medical help – but not from the hotel doctor, but his wife. The hotel manager arrived in the morning and, threatening the couple with eviction a few days before departure, demanded that they sign a waiver of any claims against the resort’s management and guests. As it turned out, he had known the guests from Poland for a long time and did not want them to have any problems because of such a minor incident, which, beyond any doubt, was provoked by a Russian tourist,” the channel’s authors write.

They draw the following conclusion: “In the Quattro Beach hotel, tourists from Russia can be beaten without hesitation. Dear criminals, don’t worry, the recordings from video cameras will be carefully destroyed, and the victims will be “processed” by Alanya police officers. Those who want to beat the Russians, but by the will of the opportunity ended up in another local hotel, should not despair. It is doubtful that the local police chief is only dealing with Quattro Beach management. We offer the Russian side to conclude this situation independently.”

Ed. I would also like the Russian side to realize why they are treated like this all over the world.

Winter in Egypt? Pros and cons of holidays in Africa