HomeGreeceFavorite foreign resorts of Ukrainian tourists found themselves on the verge of...
GreecePoliticsTourism
25.07.2022, 21:20 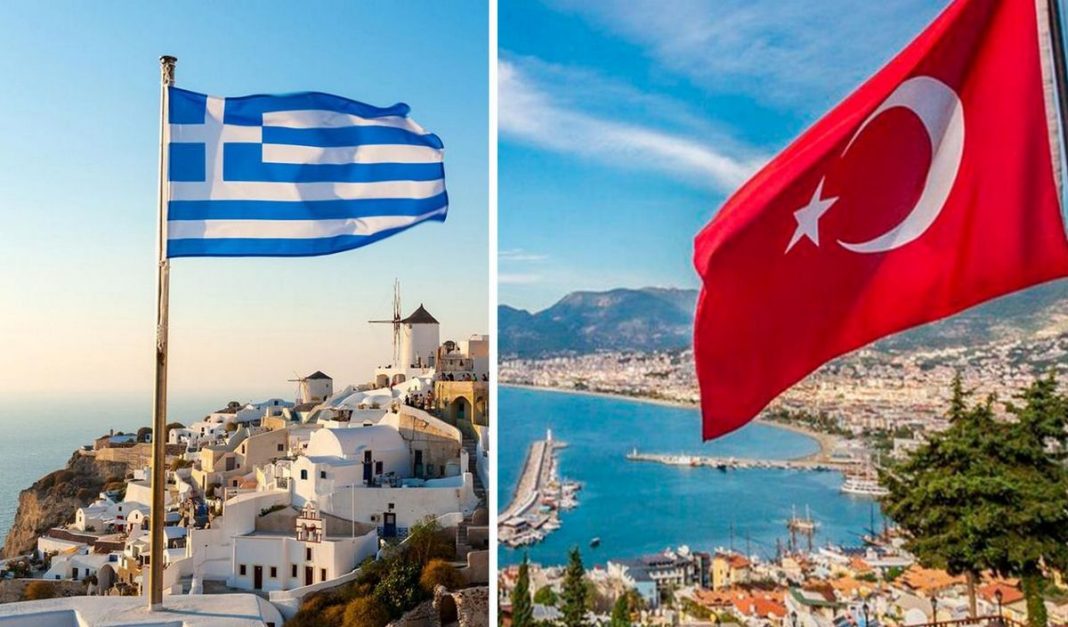 The water area of ​​the Aegean Sea, beloved by tourists, may become another point of international tension, up to a military clash. At the same time, two countries that are extremely popular among Ukrainian tourists are on the verge of an armed conflict – Greece and this year’s top tourism destination – Turkey. The cause of another conflict was the “Aegean issue”, which includes the dispute over the rights to the Aegean Sea, and it is again on the agenda.

According to Telegram experts, a few days ago an image of Erdogan’s ally and member of the ruling coalition Devlet Bahceli appeared on the Internet with a map where the Greek islands were marked as Turkish territory. In Greece, in turn, it was assessed as a “particularly aggressive provocative act” – especially because only in February of this year, the Greek Foreign Ministry had already expressed Turkey’s protest over statements questioning its sovereignty.

According to the same data, the Turkish president was also scandalized – he does not want to abandon the idea of ​​returning the Grand Porte. Recep Tayyip Erdogan, at an already provocative solemn ceremony to mark the anniversary of the capture of Constantinople, stated that Turkey’s goal is to regain all spheres of influence. He included the Peloponnese and Athens among them. And he promised Greece a “tragic end”. At the same time, Turkish President Tayyip Erdoğan accused Greece of deliberately violating the provisions of the Lausanne Peace Treaty, particularly regarding the rights of the Turkish minority. Note that the Lausanne Treaty of 1923 legally formalized the disintegration of the Ottoman Empire and fixed the territory of Turkey within its modern borders.

Aggressive rhetoric is supported by more significant gestures in the form of increased activity on the border – Greece has again started to transfer military equipment to the border areas near the Maritza River. At the same time, only in May, the armed forces of Greece were again brought to a state of heightened combat readiness due to the Turkish exercises Efes 2022.

There is also unrest at sea – a gas conflict is again being provoked there. The Turks are sending another geological survey vessel to the shores of Greece: in August, Abdulhamid Han will start drilling in the Eastern Mediterranean.

As a result, experts are already asking whether full-scale hostilities between two NATO members are possible? But they do not reject border conflicts – and this is enough to scare tourists.