HomeLifeStyleAn expert revealed the secret why millions of liters of tomato juice...
LifeStyleTourism
30.09.2022, 19:10 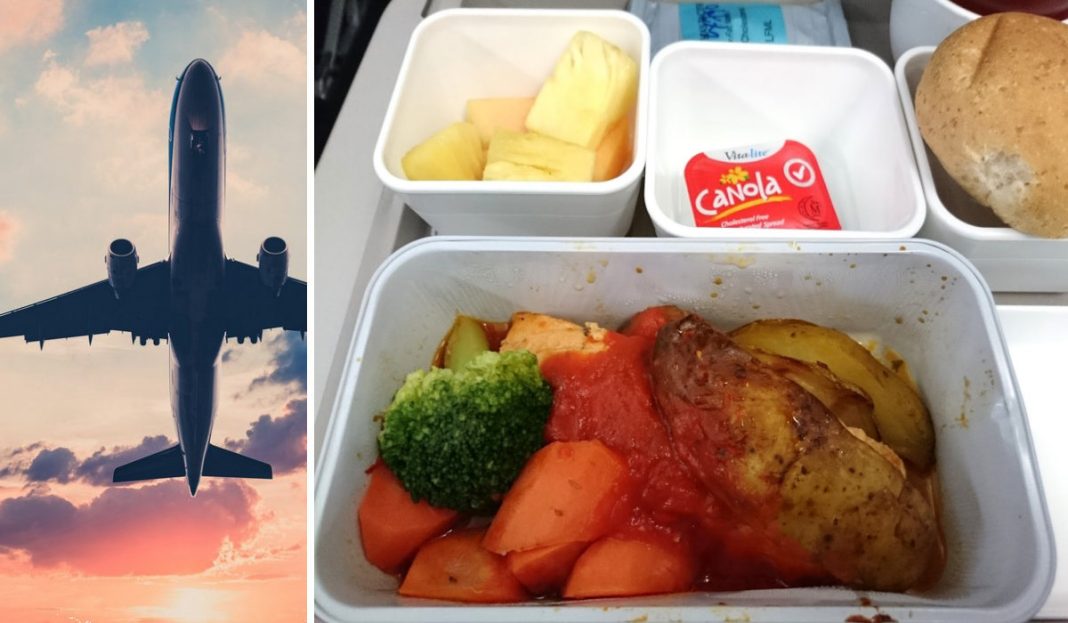 More than a million liters of tomato juice are served on flights every day. In an interview with the Express newspaper, Alice Williams, a nutrition expert, and trainer at the OriGym Center of Excellence spoke about the reason for this gastronomic phenomenon.

She explained that taste buds change noticeably during a flight and there are certain foods that travelers should consume to combat this. “During a flight with air, two main things happen the pressure increases and the humidity decreases. This combination of low pressure and dryness eventually causes your taste buds to change. The dryness on the plane also reduces your sense of smell. Because smell makes up a large part of how we taste food, it will also affect the taste of food in the air.”

The expert advised not to tolerate the fresh taste of in-flight food and to choose products with taste, “because the flight does not affect this taste.” Which product is a particularly good source of umami flavor? Tomatoes “That’s why many airlines offer tomato juice as a free drink on their flights,” she explained.

Umami lends a strong flavor to many Asian ingredients, such as miso, soy sauce, oyster sauce, kimchi, and shiitake mushrooms, and foods rich in umami include soy sauce, tuna, and cheeses such as Parmesan. The expert also explained that “sandwich toppings infused with umami flavor will be best in the air, such as tuna.” As for the vegetarian option, “a cheese and tomato sandwich would be delicious, too,” Williams added.

In addition, nutrigenetics expert Ellie Busby supported her colleague and reported the following: “It is suggested that the hypobaric (low atmospheric pressure) atmosphere in the cabin is a major contributing factor.”

This condition often leads to impaired taste perceptionprimarilyly due to a reduced ability to smell during flight. She added that on airplanes, “people’s sensitivity to sour and salty preferences is significantly reduced, but their sensitivity to sweet is increased.”

According to the expert, some types of food can differ in taste, and foods that are incredibly popular in the hypobaric environment of an airplane include salty, citrus, and sour foods. Therefore, passengers who tasted tomato juice during the flight realized that it is tastier than any other drink.

Earlier, the German airline Lufthansa commissioned a study to prove how popular the drink is on the plane. Their research showed that, on average, tourists drank more than 1.5 million liters of tomato juice on flights. It’s good that tomato juice is not only the most delicious drink on board but also a product rich in vitamin C, which helps strengthen the immune system.

It is because of the changed perception of taste that the alcoholic drink “Bloody Mary” containing vodka and tomato juice can also become a good option for air travelers. Especially since this drink, unlike others, is considered a “healthier cocktail” because it contains electrolytes, vitamin C, potassium, and antioxidants from tomato juice.

For example, a flight attendant recently shared her recommendation on Reddit: “You should try tomato juice on a flight, even if you don’t normally like it. Science says that it tastes better at higher altitudes. Seriously, Google it.”

Many travelers have said how much they enjoy drinking a drink in the air. So, one of them wrote the following on the social network: “I always take tomato juice on airplanes, and since almost no one drinks it, they give me the whole box. Please don’t ruin my secret!