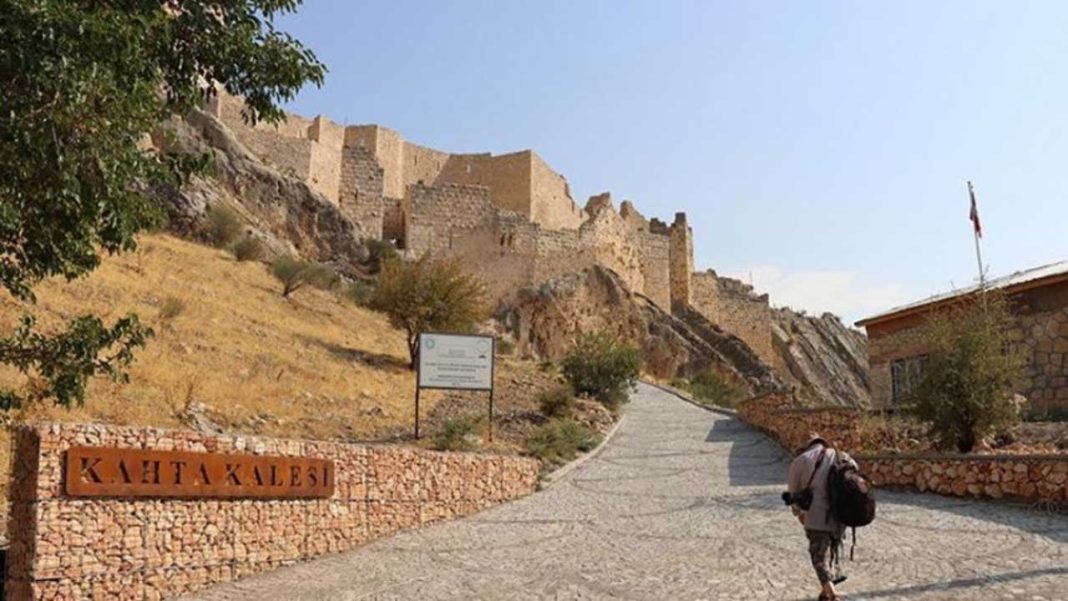 In the southeastern province of Turkey, Adiyaman, 17 years later, the ancient castle of Kahta, dating back to the Commagene period, opened its doors to guests.

Built by the Kingdom of Commagene, Kahta Castle enchants visitors with its bazaar, mosque, dungeon, and waterways. It was closed to visitors in 2005 for security reasons. Restoration work in the castle was carried out in three stages and was recently completed.

“The Kakhta Castle has gone through a long period of restoration. As part of the Revival of the Tourism Sector in Adiyaman project, a glass terrace was built inside the castle, and work on marking the safety lanes for pedestrian paths has also been completed.

Kahta Castle is one of the best preserved historical castles in Turkey. It’s worth seeing,” Adiyaman Governor Mahmut Juhadar said.

He also emphasized that Adiyaman is a hidden paradise for tourists, as the place has tourism potential due to its diverse underground and surface resources.

Museum director Mehmet Alkan said the castle has a magnificent view due to its bastions, the internal structure of the palace, the prayer room, and the dungeon.

“We have taken all security measures and are waiting for local and foreign guests here,” Alkan said.

It should be noted that Commagene is an ancient Armenian kingdom of the Hellenistic period on the territory of the modern Turkish provinces of Adiyaman, Elazig, Kahramanmarash, Gaziantep, and Malatya. It was founded in 163 BC by Ptolemy from the Yervanduni dynasty.