HomeLifeStyleA tourist showed a clever trick how to avoid baggage fees at...
LifeStyleTourism
23.09.2022, 09:30 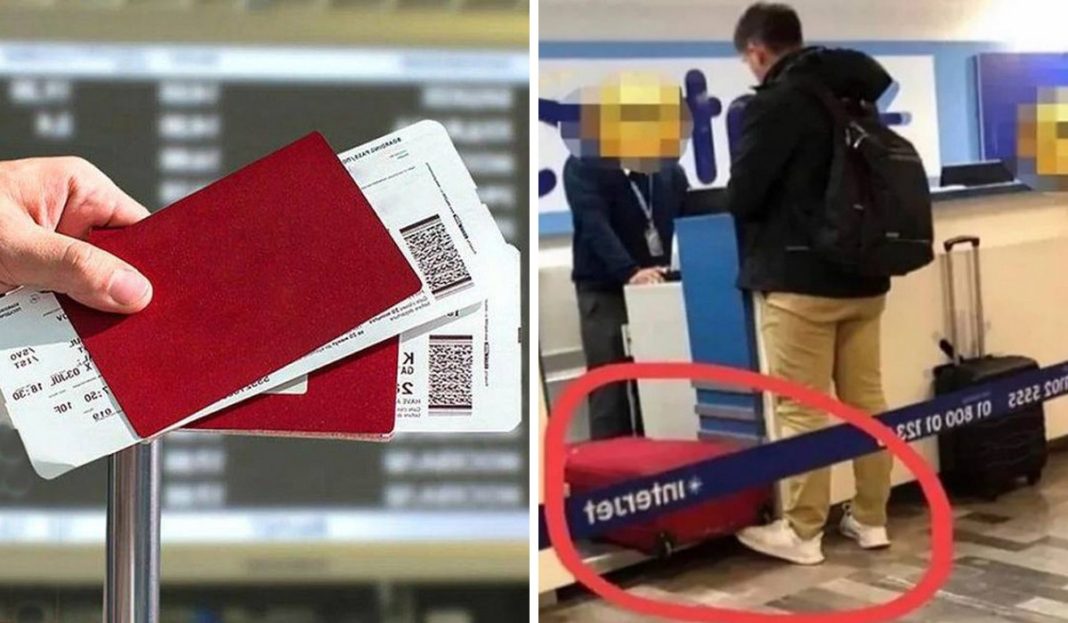 Traveling easily is not always convenient, so tourists often pack more things with them. However, excess baggage fees are a particularly unpleasant point for any of them: recently, the greed of airlines has become especially extreme. In this case, tourists may find it useful to use a clever method to avoid paying for excess baggage at the airport, told by a resourceful traveler on the Reddit forum, although this method borders on petty fraud.

A picture posted on the forum shows a man talking to an airport baggage check-in officer, presumably distracting him while he weighs a traveler’s suitcase. However, upon closer inspection, one important detail can be noticed: the tourist supports his suitcase from below with the toe of his shoe, which will result in a lower weight of the bag when weighed.

Although the photo was taken several years ago, when a tourist was flying on the Mexican low-cost carrier Interjet, which went bankrupt in 2020, travelers today still praised this way of not overpaying for baggage priority and noted that it would work with other airlines as well. At the same time, users noted that it is quite risky to do this alone – the airport staff may notice. But if someone covers it up, that’s another matter.

Colleagues from travels were satisfied with the advice. “Smart man”, “This is brilliant!” – they wrote back. According to other tourists, this is actually a working method to bypass the airport system and shared their success stories: “It works. I’ve done this before, but with a ski bag. She weighed 23.58 kg before I lifted her a little. As a result, the scales showed 22.45 kg. This difference was decisive,” said the first. The second noted that he, too, managed to use his leg effectively until he was caught by airport staff. The employee noticed the trick of the tourist and ordered him to remove his leg from the scales.

However, there were also skeptical users. “Not even sure if this will work, he’ll need a leg lock as the scale is super sensitive and only takes a reading after no change in mass is detected,” wrote one.

Recently, a passenger of the British low-cost airline EasyJet found out from his own bitter experience what happens if you try to bypass the restrictions on carrying hand luggage in the cabin of an airliner. A video circulating on social media captured the moment a man tried to prove that his suitcase met the restrictions, but something went wrong and his luggage got stuck.

Stranger situations also happened. Yes, one tourist couple was stunned at the check-in desk when they were told their suitcase weighed too much. Upon opening, it turned out that only to notice that a dog had sneaked in without their knowledge.