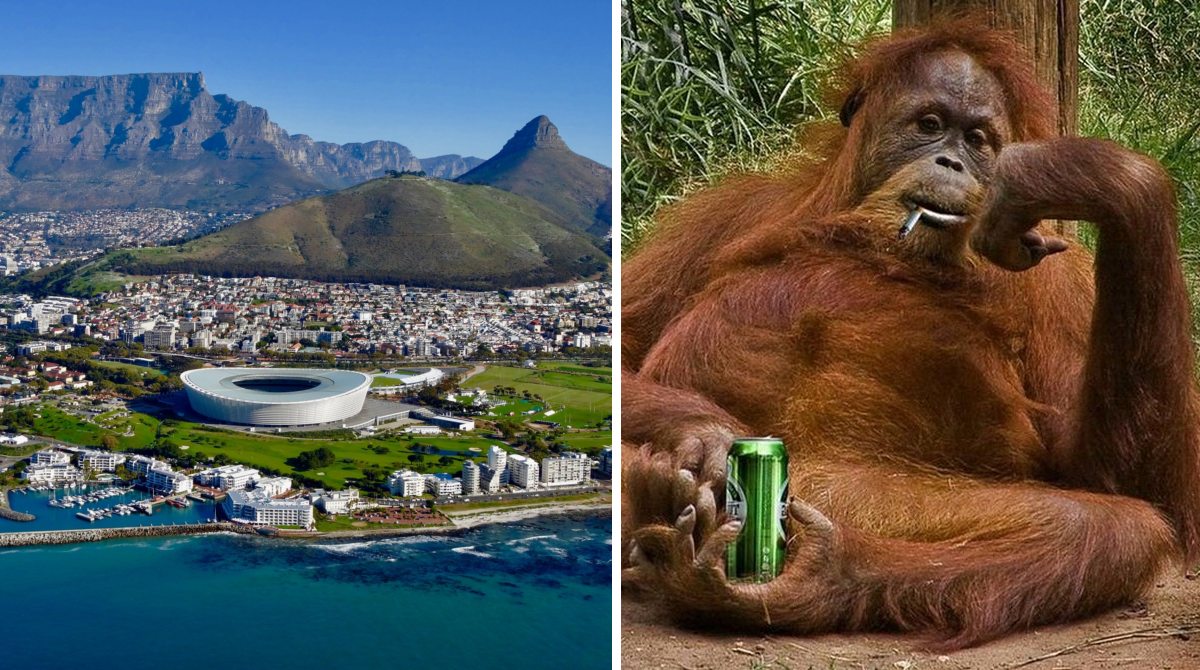 A foreign tourist rested in a luxurious house on the coast of the tourist town of Knysna in South Africa, which she rented through the Airbnb service. Returning from a walk, she saw a shocking picture: a cheeky baboon was resting in her apartment. It turned out that the uninvited guest drank Hennessy cognac and ate her breakfast.

During her exotic trip, Zoe Williams lived in a five-bedroom home for 12 guests with incredible views of the Western Cape’s highlands and the ocean.

However, one day she was joined by cheeky animals – baboons. “The baboons just came into our house, ate our avocados, which we prepared for breakfast, and drank our Hennessy,” the girl shared this message on social networks and attached a video of the baboon party as evidence, the Daily Star reported.

Having assessed the conditions of rest, drank almost a full glass of strong drink, and nibbled on the food left for breakfast, the satisfied monkeys headed for the exit. Passing by the pool, one of them seemed to admire the view of the beach. “I’m traumatized,” a female tourist captioned another video post with a baboon.

However, in the comments of tourists, it was not the fact of the penetration of uninvited and aggressive guests, but their abuse of alcohol that worried them. And the rest of the vacationers just laughed at the video and shared their experience of monkey raids. So one claimed that animals also stole his breakfast, but in Zimbali. While others were attracted by the magnificent villa in the background.

According to the vacationer, staying in this house cost her $200 (4,200 South African Rand) per night. It offers beautiful views of the ocean, mountains, and golf club, an entertainment area, Wi-Fi, free parking, a private hot tub, and a barbecue.

Reference: Naisna is a resort town in South Africa, which is popular among tourists of all ages due to its mild, warm climate. In recent years, it has been in demand among golfers, because there are several world-class golf courses. In addition, the city is popular with celebrities and hippies. The nearest beach is at Brenton-on-Sea, immediately west of the Heads Cliffs. Buffalo Bay is popular with surfers. The resort has a yacht club.