Ukraine and Moldova are united not only by a common border 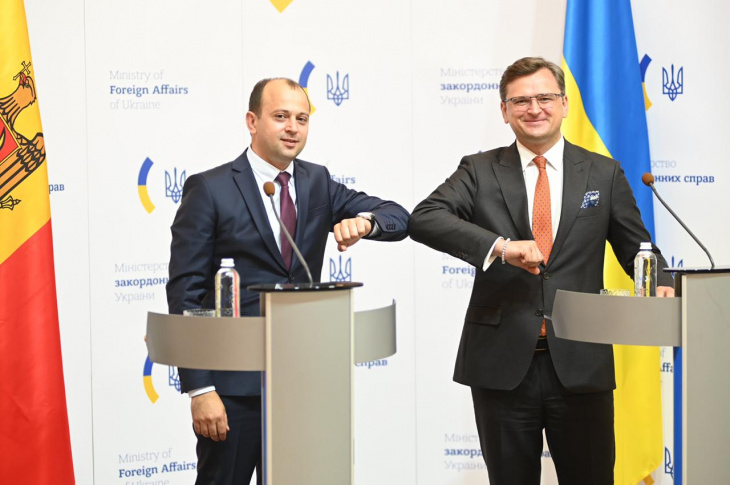 The Ministers agreed to strengthen mutual support in restoring the sovereignty and territorial integrity of Ukraine and Moldova on the basis of international law.

They paid special attention to regional security, in particular, the situation in eastern Ukraine, human rights violations in the temporarily occupied Crimea and the settlement of the Transnistrian conflict.

“Ukraine and Moldova are united not only by a common border, but also by a common vision of the future of this part of Europe, a common desire for European integration, as well as mutual support in restoring territorial integrity.

Ukraine will continue to support all Moldovan initiatives in the Transnistrian settlement. Our partners from Chisinau can fully rely on Ukraine, ”Dmytro Kuleba said.

The ministers devoted a significant part of the conversation to the issues of economic development of the two countries, increase in bilateral trade, cooperation in energy. Dmytro Kuleba and Oleg Tsulya agreed to revive consultations on resolving problematic issues of bilateral relations. This is a “package agreement”, which includes, in particular, the issue of the Dniester HPP.

The parties also stressed the need to withdraw Russian troops from the Transnistrian region of the Republic of Moldova, as well as the disposal of ammunition in the village. Sausage under international control.

Dmytro Kuleba especially thanked the Moldovan side for the humanitarian aid provided to Ukraine to overcome the consequences of the floods in Western Ukraine.

The Ministers signed a Consultation Plan between the Ministry of Foreign Affairs of Ukraine and the Ministry of Foreign Affairs and European Integration of the Republic of Moldova for 2021-2022, which provides for an active dialogue on all topical issues, including regional security, restoration of territorial integrity of Ukraine and Moldova, European integration, consular sphere, development of the legal framework.