HomePoland“Time to act”: Andrzej Duda calls the world for solidarity with Ukraine...
PolandPoliticsUkraine
01.05.2022, 20:24

“Time to act”: Andrzej Duda calls the world for solidarity with Ukraine and Poland 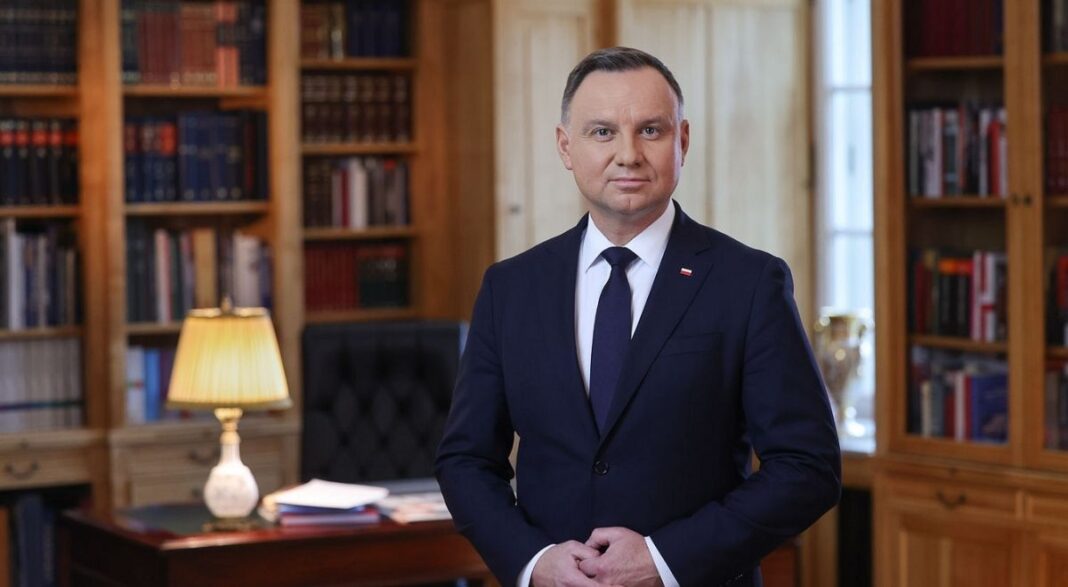 In an article published in the Peruvian daily newspaper El Comercio, Polish President Andrzej Duda called on international public opinion to show solidarity with Ukraine and Poland in the face of Russian aggression. “The time for discussions has passed. The time for solidarity and action is mandatory,” he stressed.

“First of all (…) help is needed for Ukrainians who are defending themselves from criminal aggression. They need military hardware and sustained economic pressure on Russia to weaken its war machine,” the Polish president wrote in a text titled “Solidarity Against Russian Aggression.”

Andrzej Duda noted that today “on the plains of Ukraine” the fate of our continent is being decided. He noted that there was a dramatic struggle for a secure future, freedom, identity and good name for the whole of Europe.

“The time for discussion is over. The time has come for solidarity, decisive action,” he stressed, while calling for support for Poland, which is massively accepting Ukrainian refugees. He noted that almost three million people entered the territory of Poland, of which two million remained.

Solidarity with Ukraine and Poland

Andrzej Duda noted that the maintenance of such a large number of refugees is a huge challenge for Poland. He recalled that during the migration crisis in 2015, just over 1.8 million people arrived across Europe. “We urgently need financial support, at least the kind that Turkey received by accepting three million refugees from the Middle East,” the president added.

Andrzej Duda also recalled that in recent years Poland and other countries of the Central and Eastern European region have appealed to the firmness and solidarity of Europe in the face of Russian neo-imperialism, but they failed to convince some of the political elites of our continent.

“The representatives of the countries of our region were not believed when they warned that new infrastructure investments and contracts for the supply of Russian energy carriers would sooner or later be used by Moscow as an instrument of cruel blackmail. Recent events have shown that we are right,” he said.

The president’s text was written as part of the project “We tell the world about Poland”. It is implemented by the New Media Institute with the support of the Institute of National Remembrance, the Ministry of Foreign Affairs, the National Bank of Poland and the Polish Press Agency.

Biden to Duda: US and NATO will help you if Putin decides to attack Poland

The plane of Polish President Andrzej Duda made an emergency landing