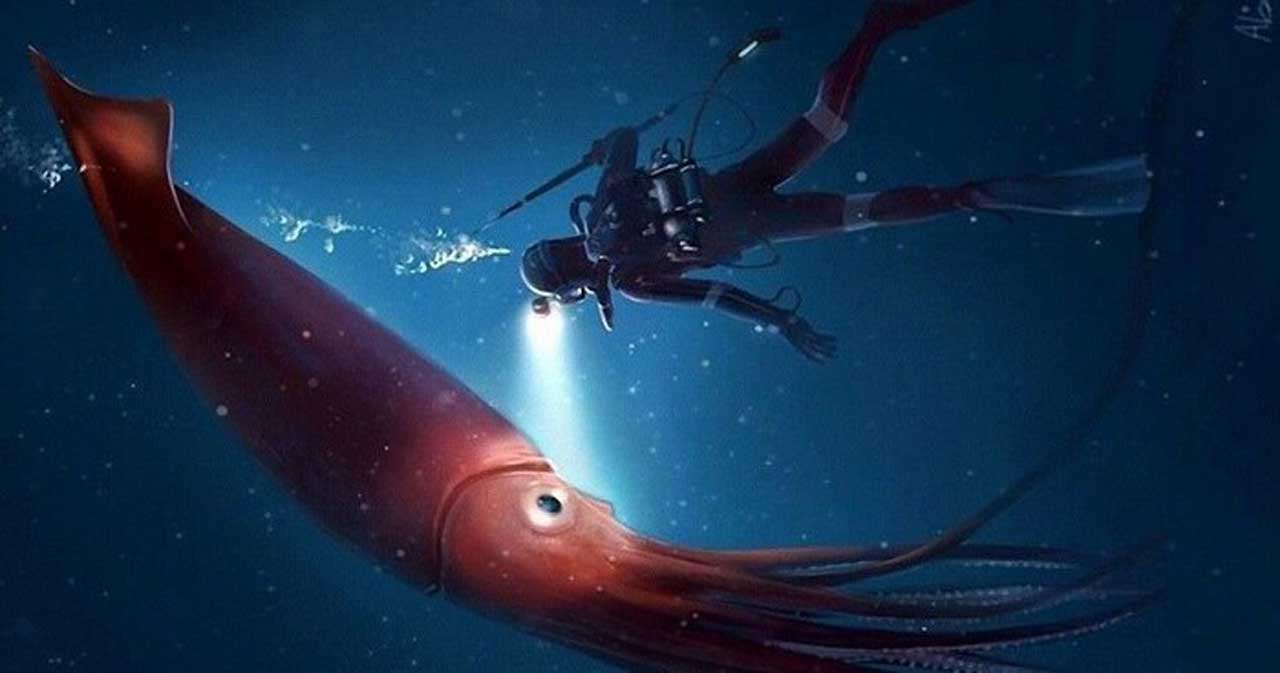 According to Science Alert, divers while diving off the coast of Japan discovered a giant squid, the length of which reaches 2.44 m.

Scuba diving couple Yosuke Tanaka and his wife Miki were reportedly diving in the sea off Toyooka in the Hyogo region of western Japan. Earlier, a fishing equipment seller warned them about a huge squid who noticed marine life in the bay.

The couple went on a boat to the rocks to see the squid with their own eyes. Yosuke Tanaka admitted later that “it was a huge squid”, and noted that its tentacles moved exceptionally slowly.

The giant squid is the inhabitants of the waters of Japan, they are sometimes thrown ashore. Seeing them alive in the wild is considered a rare stroke of luck. In 2015, a Japanese diver was able to capture on video a squid that was up to 4 meters long.