HomeHotelsTourists were told which items they could take with them from the...
HotelsTourism
14.09.2022, 18:45

Tourists were told which items they could take with them from the hotel room when checking out, and which they could not 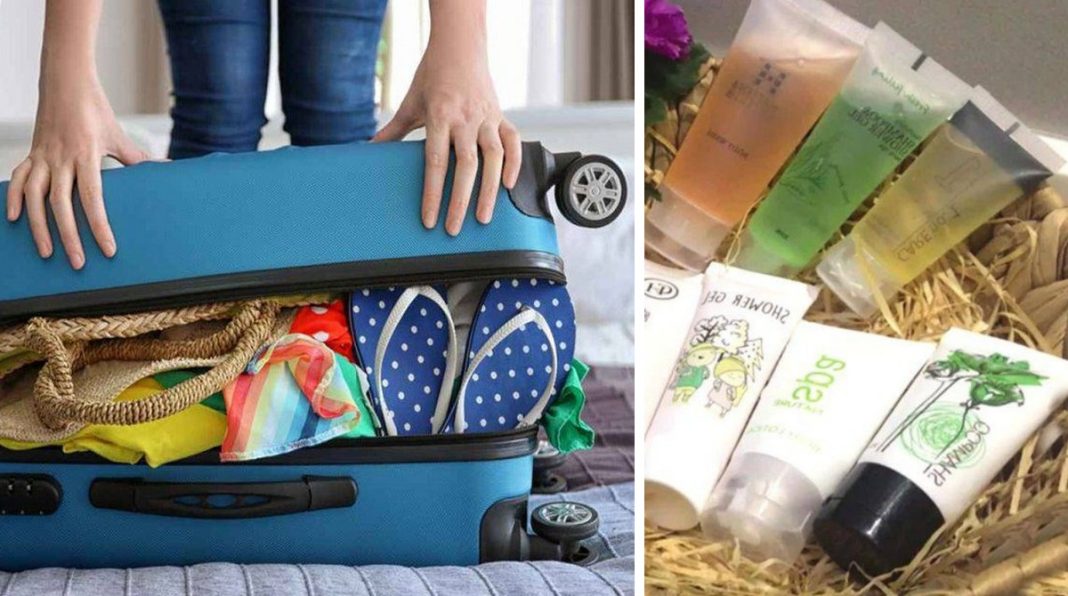 Tourists who like to take with them a part of the decoration of the hotel room as a trophy were reminded that there are established rules about what they can put in their suitcase without shame, and what is better to leave lying where it was. The details were revealed by the general manager of the Brooklyn Hotel, Paul Bayliss, in a conversation with The Telegraph.

According to the expert, taking “pens, pads and bath products is the norm.” However, in his practice, some vacationers carried or tried to take unusual objects home with them from the hotel room. “We had guests who took pillows, paintings, blankets, and even mattresses and televisions,” he said.

So, in 2019, hotel guests were caught stealing mattresses from their rooms, and some of them were worth several tens of thousands of hryvnias each — while five-star hotels were unlikely to report the incident, as it would spoil their reputation. Here’s a list of what you can take with you from a hotel vacation and what you can’t.

The specialist advised not to be shy to take home all mini bottles with shampoo and conditioner, as well as tiny sewing kits, which are prepared for a comfortable stay of tourists in the room. Especially since, perhaps, soon “samplers” will be a thing of the past.

Hotels are starting to install larger bottles in bathrooms. And so that the tourist does not take it with him as a trophy or does not break it, the vessels are attached to the walls. In other hotels, such as the British chain Artist Residence, a full-sized bottle is already used, which, if the tourist decides to take it home as a souvenir, will be included in the vacationer’s account.

Hotels know that tourists like to “steal” cheap white slippers lying in the hotel closet. This is not a problem for them – the cost of a one-time accessory is included in the price of the room. Especially since they cannot be reused for another client.

According to Jacob Tomski, author of Heads in Beds: A Reckless Memoir of Hotels, Bustles, and So-Called Hospitality, the dirtiest part of a hotel room is the carpet. “Yes, they are vacuumed, but they are rarely deep cleaned because there are people in the rooms all the time,” he said. In addition, slippers are also especially useful on the way back, so that tourists do not have to walk around the cabin of the plane in socks.

The expert urged me not to be ceremonial and to take a branded pen and a paperback notebook from my hotel room. However, if there is a leather-bound notebook in the room, it is better not to claim it.

Last year, tourists willingly took bathrobes from hotels. But in recent years, most hotels have made it clear that the missing robe will be added to the room rate or the tourist will be blacklisted. As a rule, a warning is usually displayed on a clothes hanger.

Nevertheless, some companies still encourage it – according to the Daily Mail, the Goring Hotel counts the cost of its monogrammed slippers and robes into the bill for 200,000 hryvnias for a stay in the Royal Suite.

In general, it is obvious – hotels do not want vacationers to take their pillows home. But people still steal them – according to the Mail, one London hotel had so many thefts that they sent bills to the thieves to the guests. Famous guests met among them. So, in 2015, the British singer Noel Gallagher said that he has a personal stash consisting of things stolen from hotels in Italy. Moreover, he takes it with him all over the world. “You can’t go on tour without good pillows. I stole more pillows from Italy than anywhere else,” he shared.

In addition, some tourists steal batteries from TV remotes, air conditioners, and other equipment. According to hoteliers, these are the most hated guests.

Named the best destination for a romantic getaway