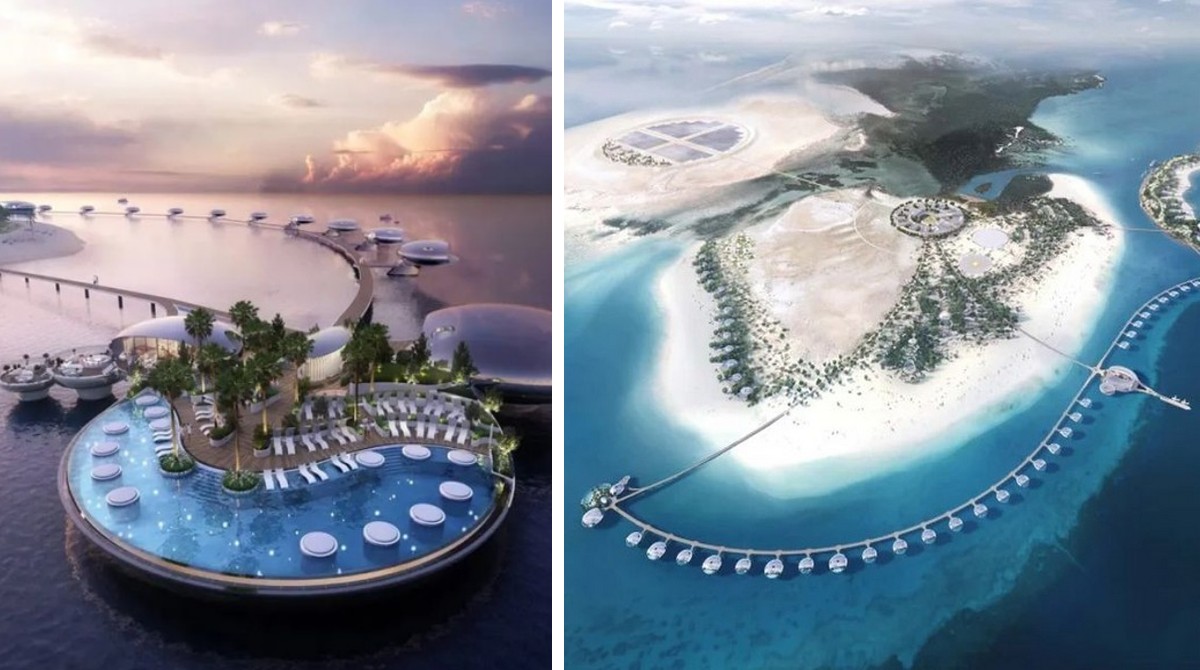 The first photos of the “most futuristic hotel in the world” – the Sheybarah Resort, which is part of the Red Sea Global project, were presented to tourists. The opening of the “space resort”, which incorporates all high-tech and environmental trends, as well as “intended to change the image of Saudi Arabia” for tourists, is expected already next year, in 2024.

According to the Saudi press, the resort will be located on the uninhabited island of Shaibara in the Red Sea, 45 minutes away by boat from the mainland – the Arabian Peninsula. According to the developers, it has a very diverse environment with dense mangroves, desert flora, beaches with white dunes, coral shoals, and sea grass. It is also home to some of the most beautiful and pristine coral reefs in the world, home to many species of birds, fish, and other marine animals. At the same time, the main goal of the project is “how best to preserve and enhance biodiversity in the environment, while offering a luxurious experience that will attract visitors from all over the world.” Also part of the goal is “rebranding Saudi Arabia as a first-class marine ecotourism destination.”

As for the construction process itself, the first of the hotel’s overwater villas arrived at the Red Sea tourist hub this month, with 73 of them set to be installed by opening day. According to Red Sea Global CEO John Pagano, the hotel is set to become a leader in green technologies such as autonomous development with zero energy and water consumption. It will be powered entirely by an on-site solar farm, while fresh water will be supplied by the resort’s own desalination plant, which will also run on solar energy. The island will also have its own recycling plant to reduce the need to ship materials to the island and minimize waste.

After the completion of construction, the hotel will be able to accommodate 140 tourists. They will arrive via a seaplane dock, from where they will be flown by unmanned buggies into the inner lagoon. The tourist promises water villas with a coral reef, as well as beach villas, and the hotel also has a signature restaurant, a spa with a pool, and a fitness center. It also announced its own diving center. “This will be one of the most futuristic hotels on the planet,” the authors assure.