In Turkey, 7 terrible things are named in cheap all-Inclusive hotels 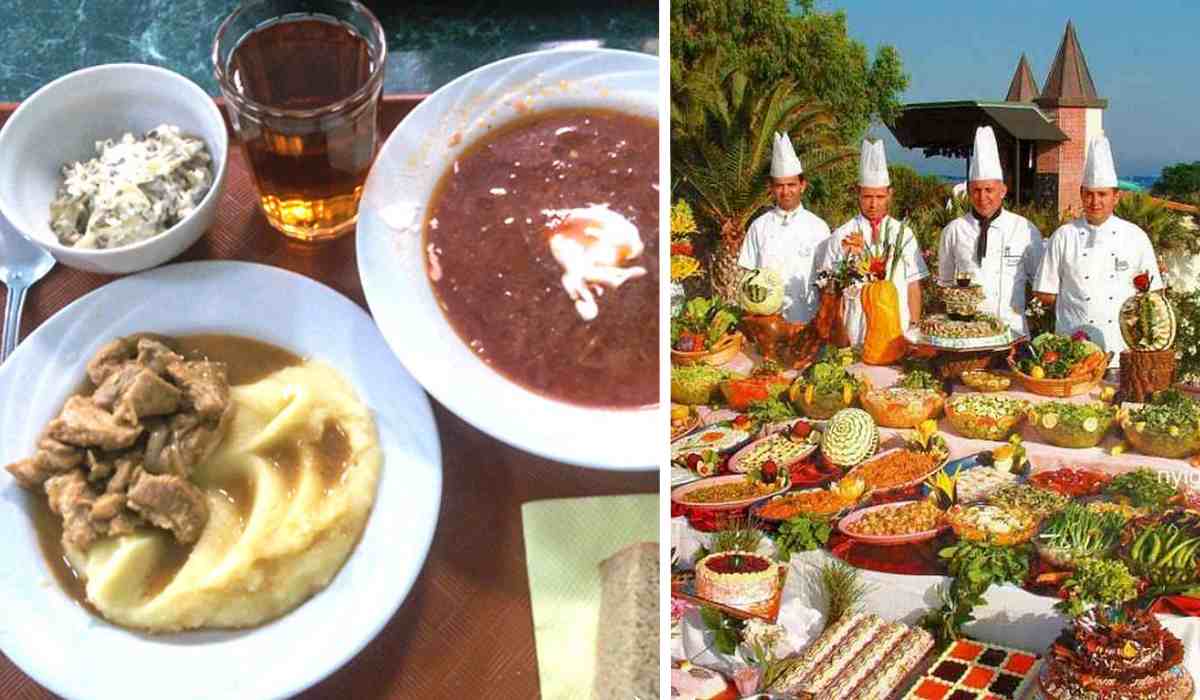 A tourist living in Turkey listed the list of seven terrible things, which are characteristic, as a rule, of cheap Turkish “troikas” that offer an all-Inclusive service system.

In her blog, the traveler said that she never goes to rest in such three-star hotels, because they always disappoint both in terms of service and other criteria. Let’s list the seven points that annoy the blogger the most in budget hotels.

First, pan-fraternal communication in the style of “Hello, brother!”. “I believe that there should be a respectful or formal type of relationship between hotel staff and vacationers. However, this is usually not the case in cheap resorts. “Hello, brother! Would you like some vodka?” says a young waiter to an elderly man at the next table. “Hey, beautiful, are you married?” – says the bartender. And the animator, passing by the sunbed, splashes the vacationers with water from the pool and laughs,” the author gave an example and added that she doesn’t mind talking and joking with them, but at the same time there should be a distance.

Secondly, the sloppiness of the staff. The tourist told how, once while resting in a popular budget 5-star hotel, she noticed how its employees were dressed: “Their white shirts have turned yellow from old age, and some have even torn. Some of them also showed off huge spots under their armpits,” the girl was surprised by the personal unkemptness of the staff.

Thirdly, a dirty hotel. According to the traveler, it is terrible when the owners of cheap hotels save on everything, including cleaning. “They don’t hire enough maids or pay them so little that they have no incentive to work. And of course, such owners never replace what has already worn out,” the blogger explained, adding that the result of such management is manifested very quickly in the form of tablecloths with holes, towels, sticky surfaces in public places, as well as dirty dishes, mold in the bathroom, etc.

Fourthly, low-quality food. For budget hotels, serving bad food means saving money. “There is nothing wrong with living in a hotel where only rice, pasta, and chicken are cooked hot… But what I do not accept is when the hotel skimps on the quality of the products. And also does not monitor the cleanliness of the restaurant and the freshness of the dishes. Once I got to a hotel where all the salads and desserts “aired out” at lunch, and they were not ashamed to serve them for dinner. And they even bought the cheapest fruits: tasteless and “wooden”. After all, we still have to look for such in Turkey!”

Fifth, cheap drinks. The traveler said that cheap hotels almost always offer “chemical liquid with a terrible taste” instead of juice, and substitute drinks instead of natural alcoholic cocktails.

Sixth, a kind of contingent. “A few years ago, it was believed that only a special category of tourists vacationed in Turkey. They drink a lot, lie on the beach with beer on their bellies, shout “Tagil!” and constantly have fights. Nowadays it is already a stereotype. Intelligent people are much more common in all-inclusive hotels in Turkey,” she explained. However, she immediately clarified that this applies to not the cheapest hotels. Those who like to go for a walk until morning and fall asleep with their faces in a salad concentrate mainly on budget hotels that offer all-Inclusive.

And the last thing – the administration and owners do not care about the guests. It’s about the overall atmosphere that the staff creates. “I have repeatedly met excellent staff in budget hotels. But frankly, cheap places often have lazy employees. A vivid example is the bartender on the beach, who pours beer and lemonade into glasses in advance so that later he can calmly “stick in the phone” (while the drinks heat up and exhale). Or a lazy waiter who deliberately does not remove dirty dishes from the tables in time, to collect everything in one fell swoop when the tourists leave,” the blogger elaborated.

The list of the best hotels in Turkey has been published

Turkish resorts plan to abandon the All inclusive system

There will be no more freebies: Turkey may soon abandon the all-inclusive system

In Antalya, it is proposed to abandon the “All Inclusive” system because of the Germans