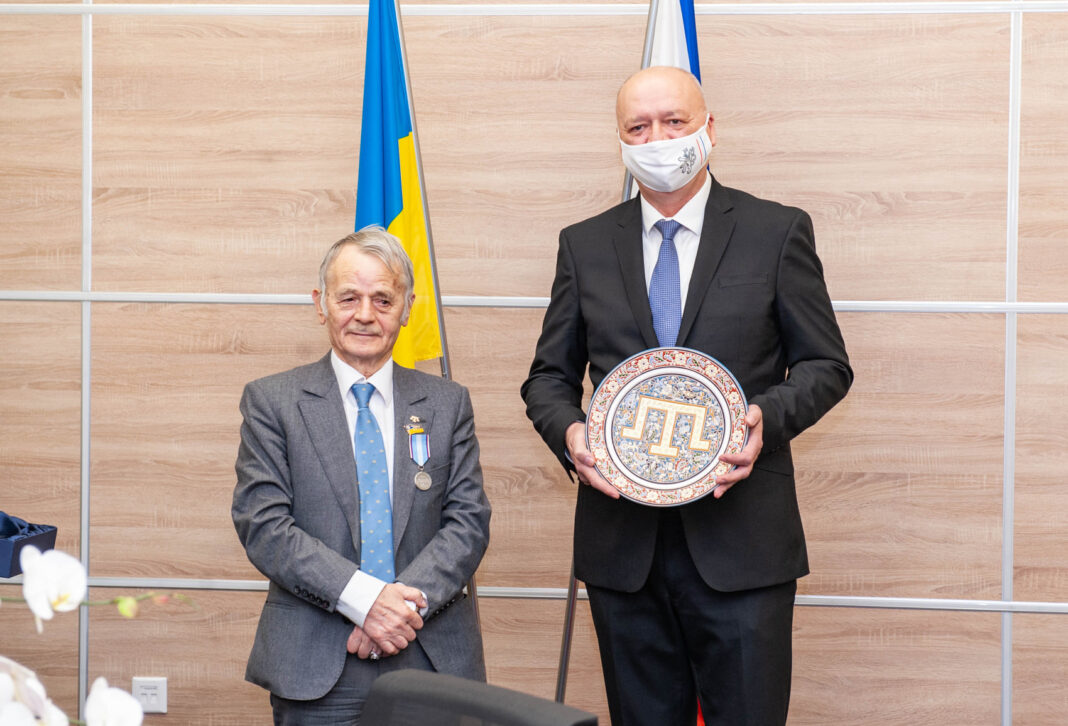 On the eve of the Day of Resistance to Occupation of Crimea and Sevastopol, the Czech Republic awarded the leader of Crimean Tatars Mustafa Dzhemilev with the Medal for Merit in diplomacy.

This year the ceremony couldn’t take place in Prague so Ambassador Radek Matula, on behalf of the Czech foreign minister Tomáš Petříček, handed the medal to Mr. Dzhemilev in the premises of Mejlis in Kyiv, in the presence of the leadership of Medjlis, the presidential representative of Ukraine in Crimea and the deputies of Verkhovna Rada 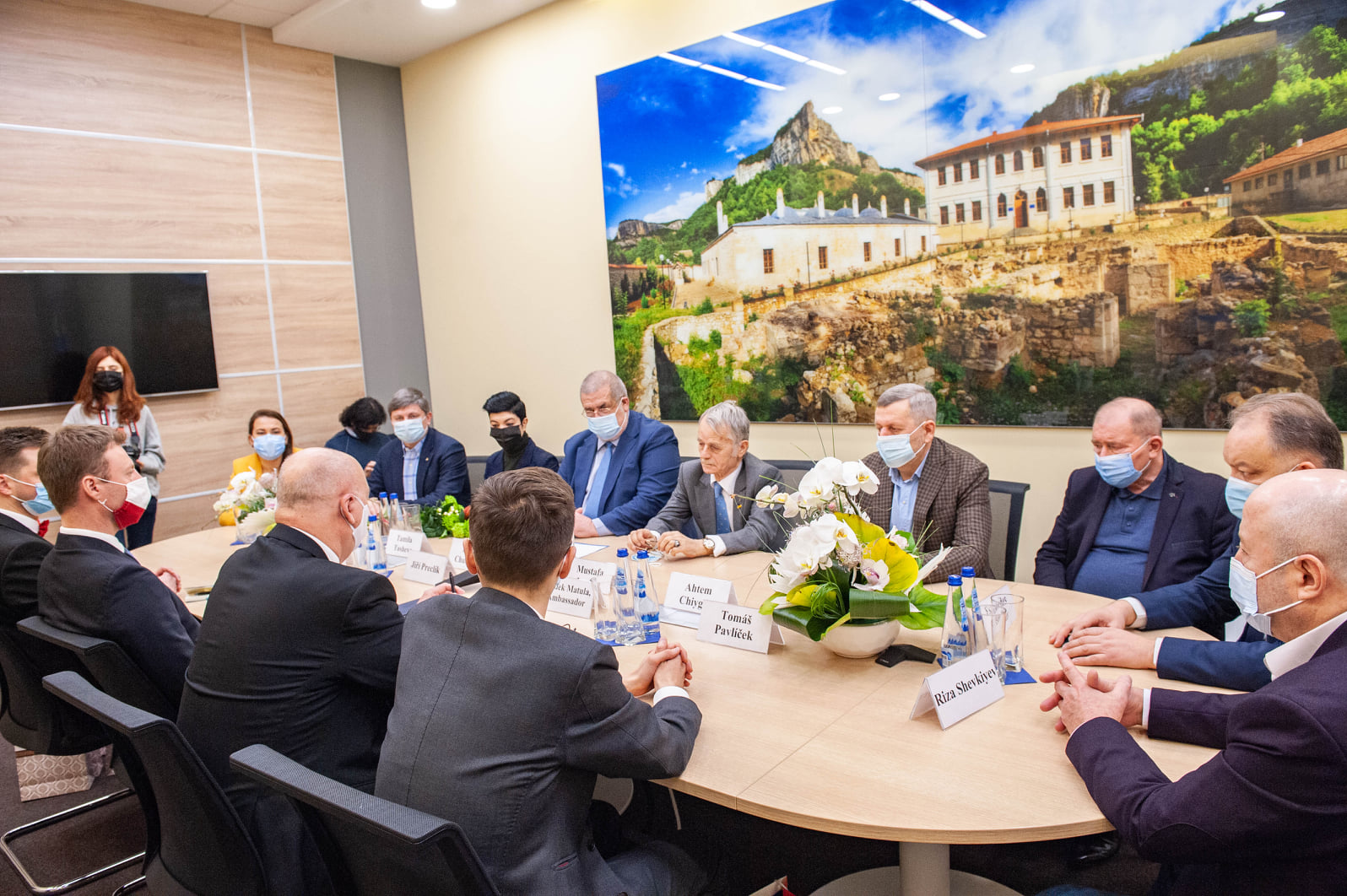 Minister Petříček awarded Mr. Dzhemilev for his extraordinary and lifelong efforts to defend human rights. Mr. Dzhemilev has been a good friend of the Czech Republic, ?? representatives and dissidents including Václav Havel with whom he met several times. This year, it has been 50 years since Mr. Dzhemilev was arrested by Soviet authorities due to his brave protest against the occupation of Czechoslovakia in 1968. 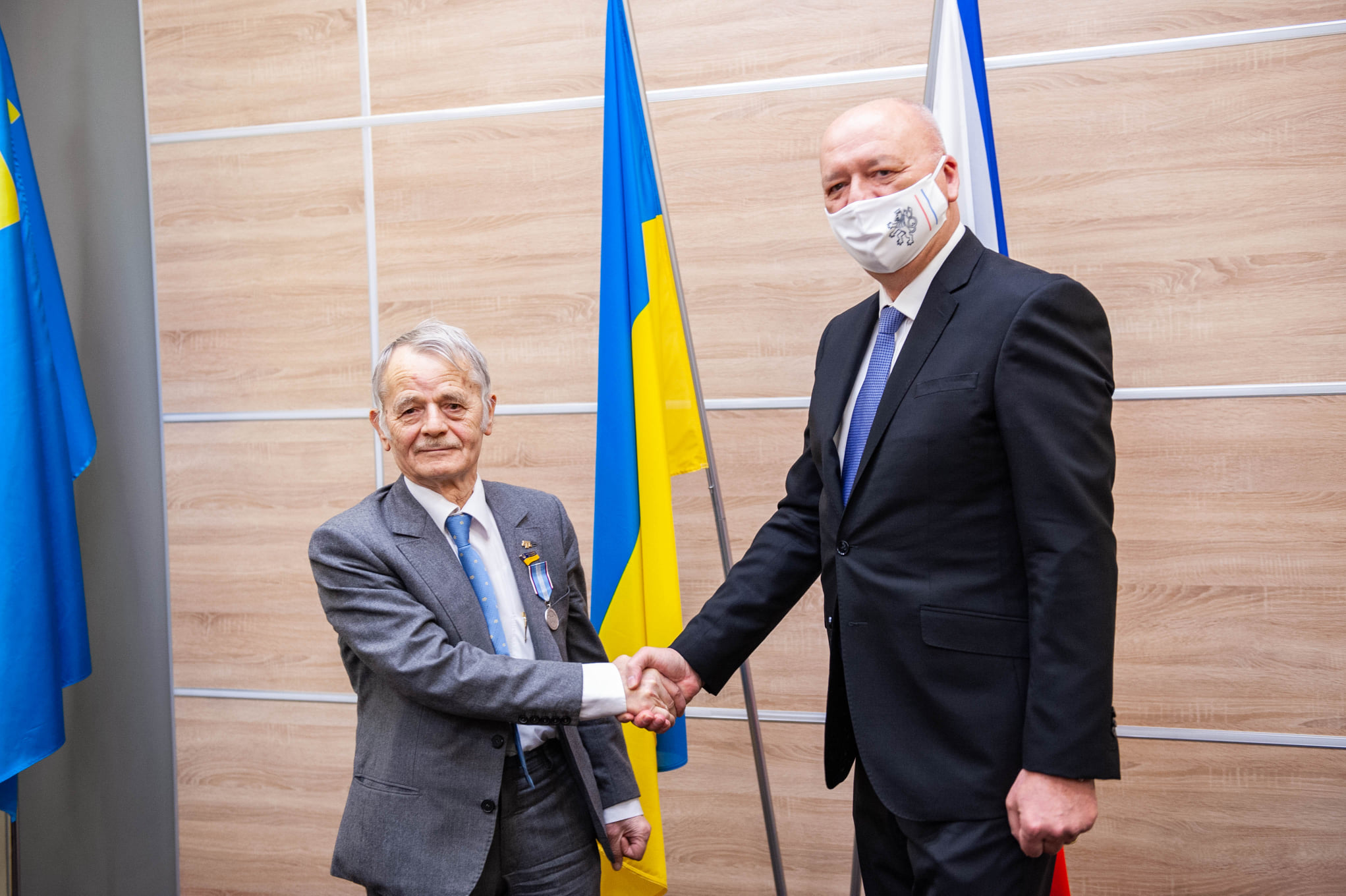 The Czech Republic stands together with the Crimean Tatars and Ukrainians in their tireless efforts to return to their homes and stop the occupation of the Crimean peninsula by Russia. As Mr. Dzhemilev visited de-occupied Czechia after the Velvet Revolution, we firmly believe that one day, we will have an opportunity to meet with Mr. Dzhemilev and the Mejlis representatives in free and prosperous Crimea.