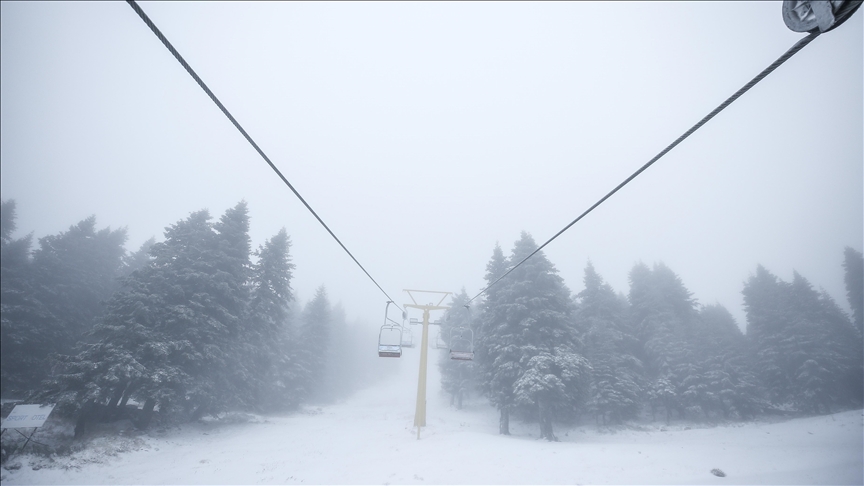 Uludag, one of the important winter tourism centers in Turkey, is covered with snow.

Snowfall, which began in the winter resort of Uludag in Bursa province (northwestern Turkey) at night, intensified in the morning.

The height of the snow cover in the areas of tourist sites approached 10 centimeters.

The maximum air temperature in Uludag was 0 degrees, and the minimum was 11 degrees below zero. The region was covered with heavy fog.

The manager of one of the tourist sites in Uludag, Ekrem Adjar, said that in the morning, residents of the region saw a snow-covered landscape in their windows.

According to him, this snowfall was expected for a very long time.

“It will be great if the snowfall continues until the evening. We are very excited. The same snowfall is expected on weekends. If the snow depth increases by another 15-20 centimeters, it will be even better. The tourist season will start slowly. Hopefully this season will be better. Previous seasons have not developed in the best way due to the pandemic. We pin great hopes on this season, ”Adjar said.

Egypt introduces new rules. All tourists will have to take tests upon arrival.

In Egypt, the conditions of entry for Ukrainian tourists have been eased

A tourist was brutally murdered in Thailand