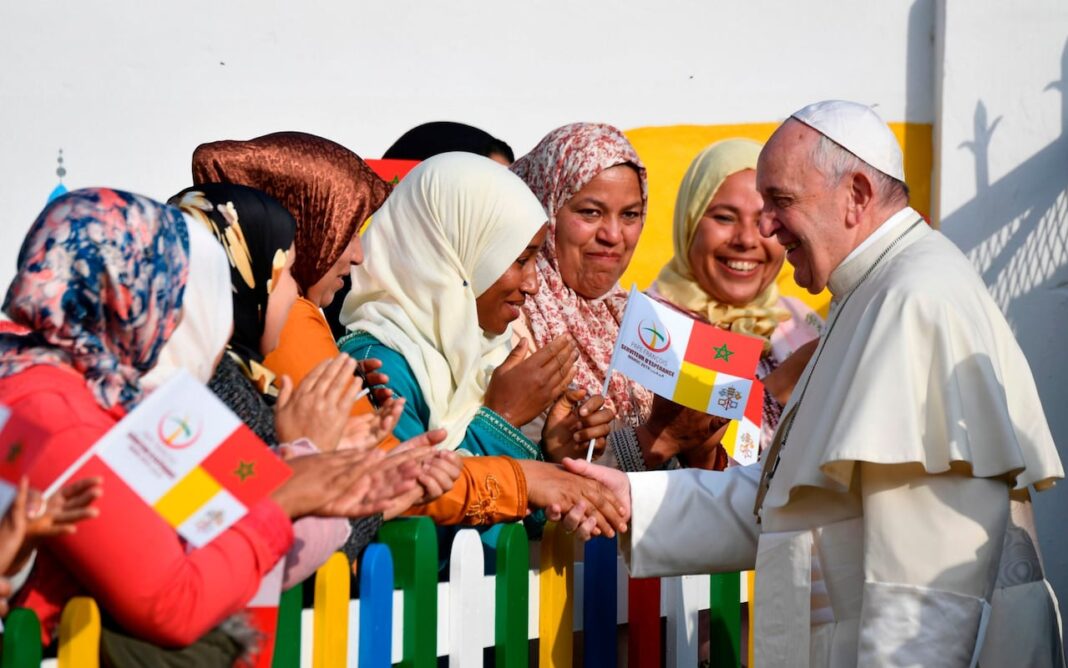 Pope Francis on Sunday warned Catholics in Morocco against trying to convert others to boost their small numbers, during a rare visit by a pontiff to the North African country.

Speaking in Rabat’s cathedral on his second day in the Moroccan capital, Francis insisted trying to convert people to one’s own belief “always leads to an impasse”.

“Please, no proselytism!” he told an audience of around 400, who greeted the pope’s arrival by ululating and applauding, while hundreds more gathered outside the cathedral.

Christians are a tiny minority in Morocco where 99 percent of the population is Muslim, with sub-Saharan Africans making up a large part of the country’s 30,000-strong Catholic community.

Islam is the state religion and authorities are keen to stress the country’s “religious tolerance” which allows Christians and Jews to worship freely.

But Moroccans are automatically considered Muslim if they are not born into the Jewish community, apostasy is socially frowned upon, and proselytising is criminalised.

“I protect Moroccan Jews as well as Christians from other countries, who are living in Morocco,” King Mohammed VI told crowds on Saturday, following the pontiff’s arrival.

There are a few thousand Christian converts in Morocco, who since 2017 have called openly for the right to live “without persecution” and “without discrimination”.

Francis is the first pontiff to visit the North African country since John Paul II in 1985 and the cathedral had been repainted for the occasion.

Waiting for the pope outside, a Nigerian man said the visit “shows that living together is possible in Morocco.”

But “there are things to improve, notably the question of migrants and that of Moroccan Christians,” said 36-year-old Antoine, who works for an association to defend migrant rights.

The need to support migrants was mentioned again Sunday by Francis, who has made the issue a focal point of his papacy.

On Saturday he visited migrants at a Caritas charity centre, where the pope criticised “collective expulsions” and said ways for migrants to regularise their status should be encouraged.

Morocco says it has a “humanistic” approach to migration and rejects allegations by rights groups of “brutal arrest campaigns” and “forced displacement” to the country’s southern border.

June 30: Why is it called the most dangerous day for air travel