We don’t even have free pillows left: in Antalya, Turkey, they said that there are no places in the hotels 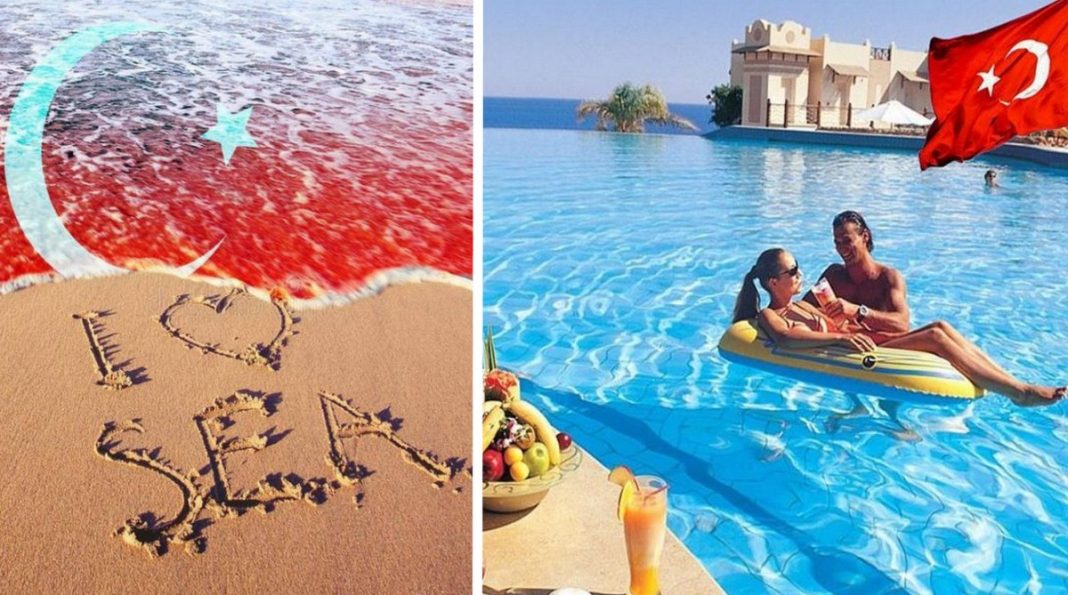 After a two-year pandemic break, July and August tourism in the main resort province of Antalya reached 2019 figures, the best period in the history of Turkey’s coastal region. Representatives of the tourism sector explained that the rooms in Antalya hotels are fully booked by tourists until the middle of August and for the whole of September. The indicator of full room occupancy is the lack of free pillows in some hotels. In this unprecedented tourist year, the Turks noted the most diverse “portfolio” of vacationers, British and Germans.

Antalya, one of the main tourist destinations in the world, has experienced a long-awaited influx of both foreign and domestic tourists after the two-year process of the pandemic, Nurriyet said. Representatives of the tourism sector explained that August bookings, especially in five-star and luxury hotels, are completely closed. As for September, there are still places, but it is difficult to find them.

According to open statistical data, as of the end of July, 6 million 711 thousand foreign tourists arrived in Antalya by air only in 7 months. This is 97% more than in the same period last year. As of August 4, the total number of foreign vacationers reached 7 million 12 thousand people.

According to the publication, the owner of one of the tour operators, Redzep Yavuz, conducted a study of tourist activity in the city, interviewing more than 50 hotels, and noted that the daily flow of tourists to Antalya, the southern region of the country, is 80,000-90,000 people. According to him, there is serious intensity in the markets of Europe, Russia, the Middle East, and Scandinavia. “We can say that the hotels of Antalya are filled with tourists who arrived from abroad, as well as with the participation of local people. This is especially true in August. Even in September, we see that 5-star luxury hotels cannot provide quotas,” he said.

Many hotels in Antalya are already refusing new applications for tourist accommodation and instead offer to choose vacations in other resort regions of the country. First of all, such popular areas of Antalya as Kundu, Lara, Belek, and Side are completely crowded. Tourism experts are redirecting the unabated influx of tourists to Alanya, Kemer and the resorts of the Aegean Sea, the representative of the tour operator added.

According to him, for the first time this year, hoteliers encountered such a variety of markets. “Germany is in the lead, but countries such as Great Britain, Poland, and Romania have made a serious contribution to tourism in the last two months. The flow of tourists from Russia also exceeded 1 million, we believe that the mark of 2 million vacationers will be reached. We have intensive arrivals from 40-50 countries, our market is very diverse. So the absence of one of Russia’s donor countries, for example, does not greatly affect the fate of Antalya. This year we saw what the ever-talked-about increase in market diversity means,” he said.

There aren’t even any free pillows left…

Yavuz noted that the intensity in the Mediterranean Sea has increased sharply due to the reduction of the impact of the war taking place in Ukraine and the fact that the coronavirus now affects life differently than before. “The most important destination in the Mediterranean Sea in Antalya. And I don’t think that there are any other places in European resorts that receive 80-90 thousand tourists per day. This will continue in August and September. Tourists will continue to visit us until mid-November. Hopefully, we can see the same numbers next spring. It looks like Antalya will have one of its best seasons this year. Some of our tourists say that there are not even free pillows left,” said the interlocutor.

There are no places until mid-September

The general director of the five-star hotel, Ismail Chaglar, said that since the New Year it was clear to him that there would be a huge influx of tourists. Everything was decided and Russian guests began to arrive. At some point, we had to turn to other markets. We focused on such alternative markets as Israel and the Middle East. There was also a serious flow of tourists from there. Currently, our hotels are fully booked until mid-September, and we have very few places available. Our marketing work also fully covers the second half of September,” he emphasized.

According to a representative of the 5-star hotel, they serve 7 main markets. Scandinavian countries, Great Britain, Germany, Turkey, Israel, Middle East, and Russia. “All this had the same effect on all hotels in the sector. This variety of guests will last until mid-September. After September, the school season begins in most countries. It seems that the European market will gain a little more weight. It was a good season, there was good intensity. We have a completely new portfolio of guests. I hope these good days will continue,” concluded the interlocutor.