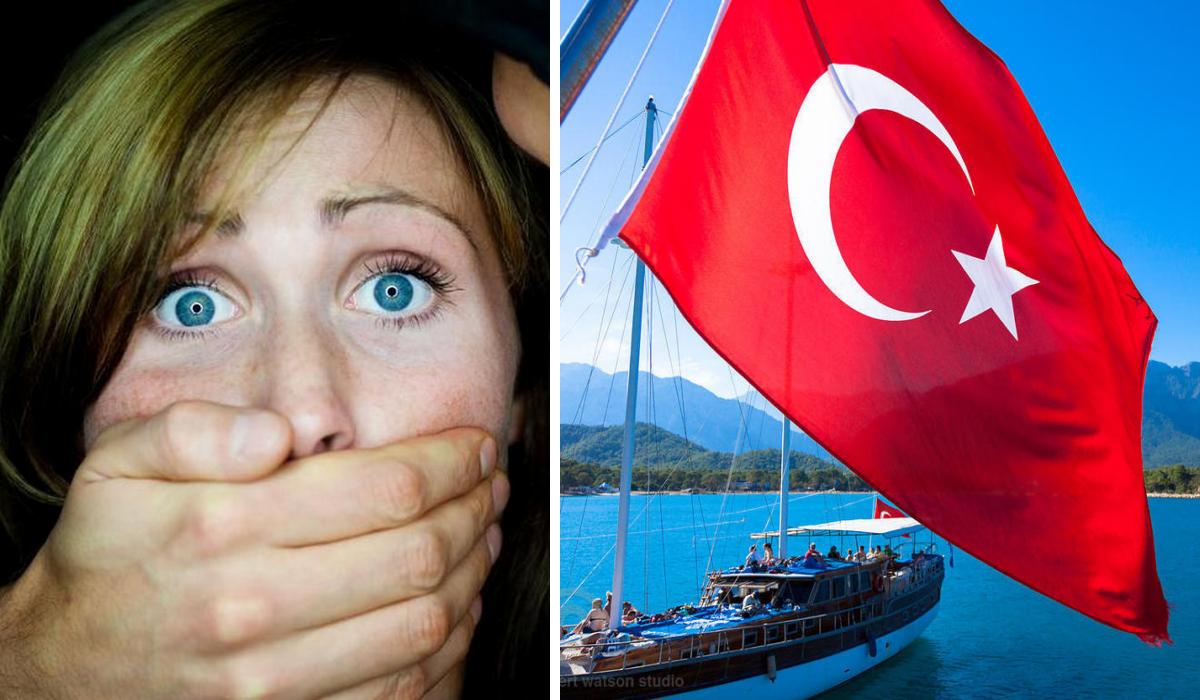 51 cases of sexual violence against female tourists while on vacation were recorded in Turkey by the British Foreign Office. In connection with the alarming statistics, the authorities urged all travelers heading there to be vigilant on holiday.

The Foreign and Commonwealth Office (FCDO) regularly changes and updates its country profiles with travel warnings and tourist advice, the Express newspaper reported, citing the Foreign and Commonwealth Office (FCDO). This time, experts urged vacationers to exercise vigilance when visiting Turkey, as last year there was an increase in the number of cases of sexual violence. It is about 51 registered episodes. Moreover, most cases occurred at the height of the summer season at popular coastal tourist resorts.

Summer Turkey, connecting Europe and Asia, with its wonderful sandy beaches, attracts millions of tourists from all over the world. Last year, more than three million Britons visited the country.

According to the FCDO, street robberies and pickpocketing have also increased in the republic. In addition, authorities warned parents to be more vigilant after receiving reports of attacks on children while they were alone in toilets. Further, according to the report, tourists were reminded that any stranger or little-known person could turn out to be an intruder. Regarding rape incidents in 2022, most happened at night after meeting or interacting with someone during the day.

“You should be especially vigilant in such situations. Never accept offers from strangers, including those letting you down. Find a registered yellow taxi and write down the registration number before getting into it. If you have any concerns, please seek advice from your tour operator or the Turkish authorities,” the FCDO said in a statement.

Regarding robberies, the agency added that travelers should be vigilant on the streets to avoid becoming victims of pickpockets. “You should maintain at least the same level of personal safety awareness as you do in the UK. Alcohol and drugs can make you less alert, less in control, and less aware of your surroundings,” the warning emphasized.

But tourists should be careful when staying in hotels and apartments because vacationers often lose money and valuables. “Passports were stolen from rented villas, even when they were kept in a safe. This is a particular problem in Didim, Kashi, Kalkan, and Fethiye/Hisaronu/Ovadzhik districts,” the department cited as an example.

Holidaymakers should also be wary of other people in nightclubs and bars in case their drinks may be laced with additives. “Buy your drinks, don’t accept them from friends, and always keep an eye on the glass so they don’t spill anything. Be wary of strangers who approach you offering food and drink (which may be laced with drugs) to exchange money or take you to a restaurant or nightclub,” the government official said.