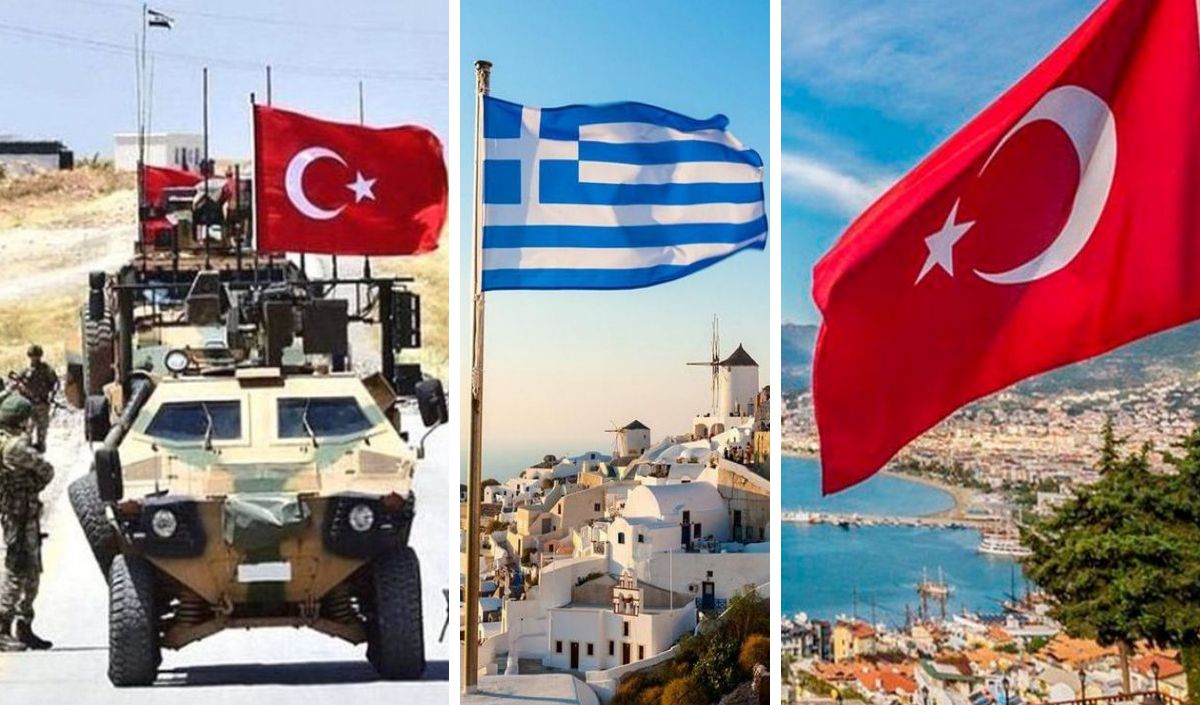 The Turkish authorities threatened Greece to “do what is necessary” if it does not stop the “militarization of the Aegean islands”. The traditional aggravation of relations between the two states “sparked” again. Turkish Foreign Minister Mevlüt Çavuşoğlu said that Greece should take a step back and abide by the agreements, otherwise Turkey is ready to solve the issue by force. Greece asked a question in response – who is militarizing and escalating the situation here?

“Now is not the time to remain silent on the disarmament of the islands,” the Turkish foreign minister said, protesting what Ankara considers “the buildup of military power on the Greek islands of the Aegean Sea,” which are close to Turkey’s coastline. The conflict has been going on for at least a year, but the parties sometimes exchange — and not only verbal threats. It will be recalled that at the end of August, it came to the point where Turkey aimed air defense systems at Greek planes, and the media already “stirred up a wave” about the launched missiles and even the downed plane. This did not happen, but the signal is extremely alarming — and Turkey continues to push the issue. “They committed 147 airspace violations. If we are neighbors if we are friends, why are you violating our airspace 147 times?” – Turkish President Erdogan stated.

The escalation continued until the end of September when Turkey’s National Security Council discussed and condemned Greece’s deployment of armored fighting vehicles on the Greek islands of Lesbos and Samos. Dozens of armored vehicles were sent there: 23 armored personnel carriers to the island of Lesvos and another 18 to the island of Samos. “Turkish officials said the deployment was a violation of the islands’ non-military status under international law. Ankara summoned the Greek ambassador and expressed a protest to Washington,” Turkish media say. Because the deployed armored vehicles are American.

And again, the head of the Turkish Foreign Ministry drew attention to the fact that Greece has deployed military equipment on the islands, despite their demilitarized status. However, Greece replied that Athens was not provoking its neighbor by not accumulating a large amphibious fleet near its shores. “It is impossible that Greece can be accused of increasing tensions in the Aegean Sea when it is Turkey that directly raises issues that even concern the sovereignty of the Greek islands,” Greek Prime Minister Kyriakos Mitsotakis said.

Whether this “exchange of pleasantries” will lead to real consequences remains open to question.