HomeTourismThe start date of the meteor shower was announced in Antalya, Turkey
TourismTurkey
09.08.2022, 11:00

The start date of the meteor shower was announced in Antalya, Turkey 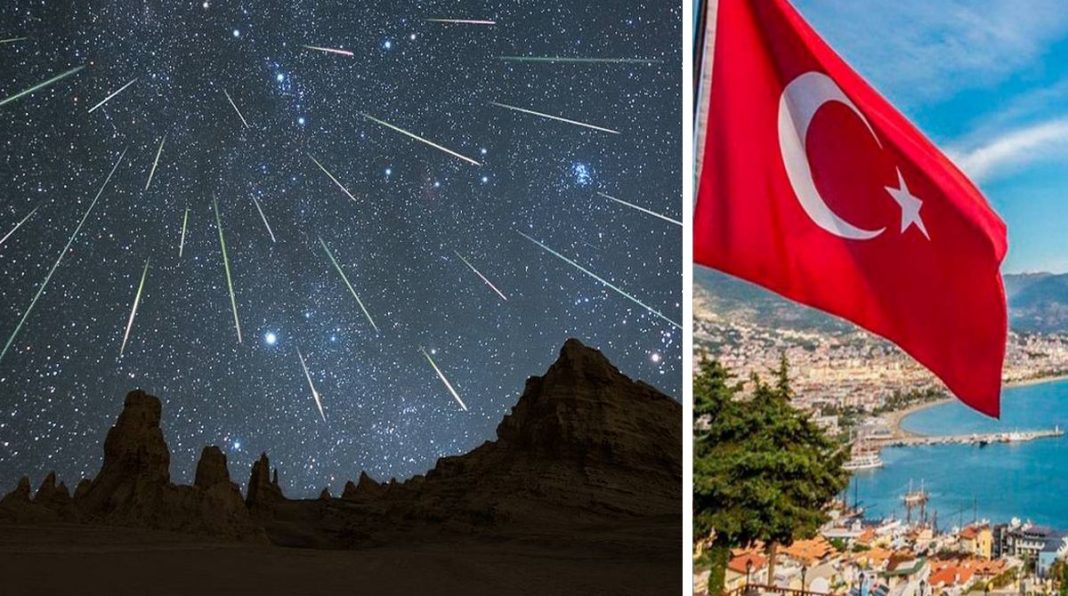 Astronomers predicted the peak of the year’s most powerful Perseid meteor shower on the night of August 11-12. It is expected that this night, tourists will be able to watch the fall of about 100 celestial stones per hour, and the speed of meteorites hitting the ground will be 66 kilometers per second. Such data was provided by the 2022 Yearbook of Celestial Events, prepared by the Turkish National Observatory.

According to Turkish professor Faruk Soydugan and lead specialist Dr. Tuncay Ozishik, who first described the 2022 meteors and published this yearbook of celestial events, and meteor showers, some of which are thousands of years old, occur on Earth 8 times a year. The most noticeable and brightest of the meteor showers, popularly known as “starfall”, will be observed at night from August 11 to 12. About 100 meteorites per hour are expected to appear. They will fly over the earth at a speed of about 66 km per second.

The celestial showers of Perseid, which began on July 14 and will last until September 1, are more comfortable for tourists to observe in high-altitude areas, where light pollution is less due to the summer season. Thus, in the popular province of Antalya, tourists are invited to the Saklikent ski resort on the evening of August 13 to observe the Perseus constellation at an altitude of 2,400,000 meters, as strong light will prevent observation in the resort city.

The Perseids are formed as a result of the passage of the Earth through a plume of dust particles released by a comet. The smallest particles, which are only proportional to a grain of sand, burn up in the Earth’s atmosphere, forming bright tracks – meteors. The stream is active annually from mid-July to August 26, with the period of greatest activity occurring between August 5 and 20. The meteor shower got its name from the constellation Perseus, where the radiant is located – the area where meteors fly.