Phuket went under water: the flood rose to the waist on the streets 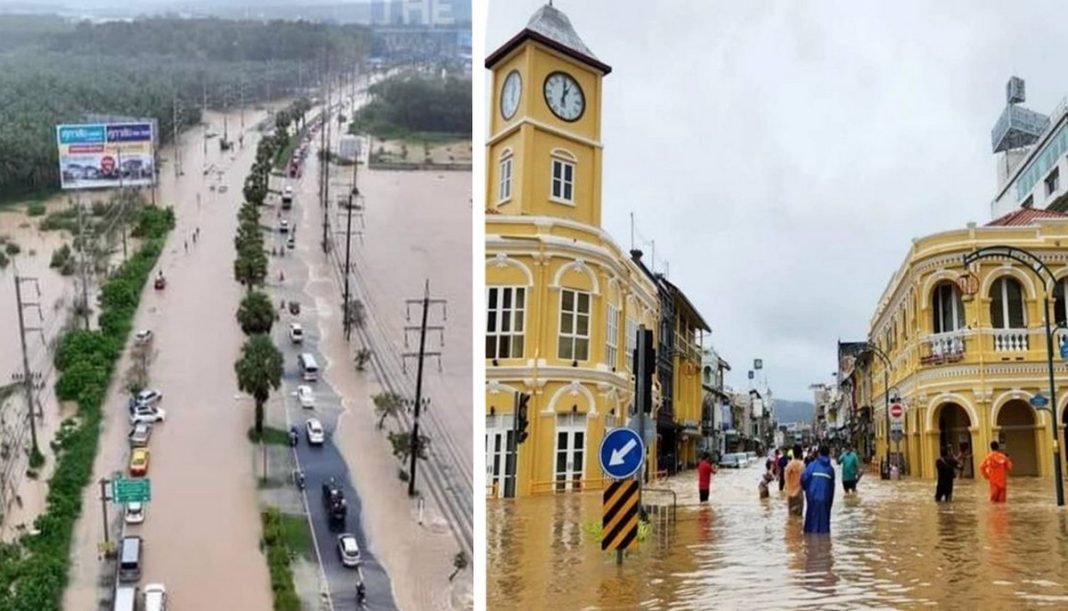 Local representatives of tourism called the flood that covered the Thai island of Phuket “the worst in their memory”. According to local media, night showers and overflowing reservoirs were one of the reasons for the terrible flood, in addition, the Bang New dam broke on the island. As a result, some places popular with tourists – such as the famous Patong and Kamala beaches – literally went water, on some streets the water is knee-deep, and on some – even up to the waist.

According to The Phuket News, Patong, Kamala, and Phuket Town were mainly affected by the force of the elements. In some places, only trucks and large buses could pass, the rest of the transport had to turn around. Landslides also blocked the road.

“This is the worst flood in my memory. Thalang Rd in the Old City has never been flooded to the point where the water just stood on it,” commented Somoit Pathan, Chairman of the Old City Tourism Association.

Tourists and residents were also warned that in addition to roads, power lines were also affected by flooding in some areas. Cellular communication also works intermittently.