HomeEgyptLong queues of tourists formed in Egypt: no one expected this
EgyptTourism
11.11.2022, 20:12

Long queues of tourists formed in Egypt: no one expected this 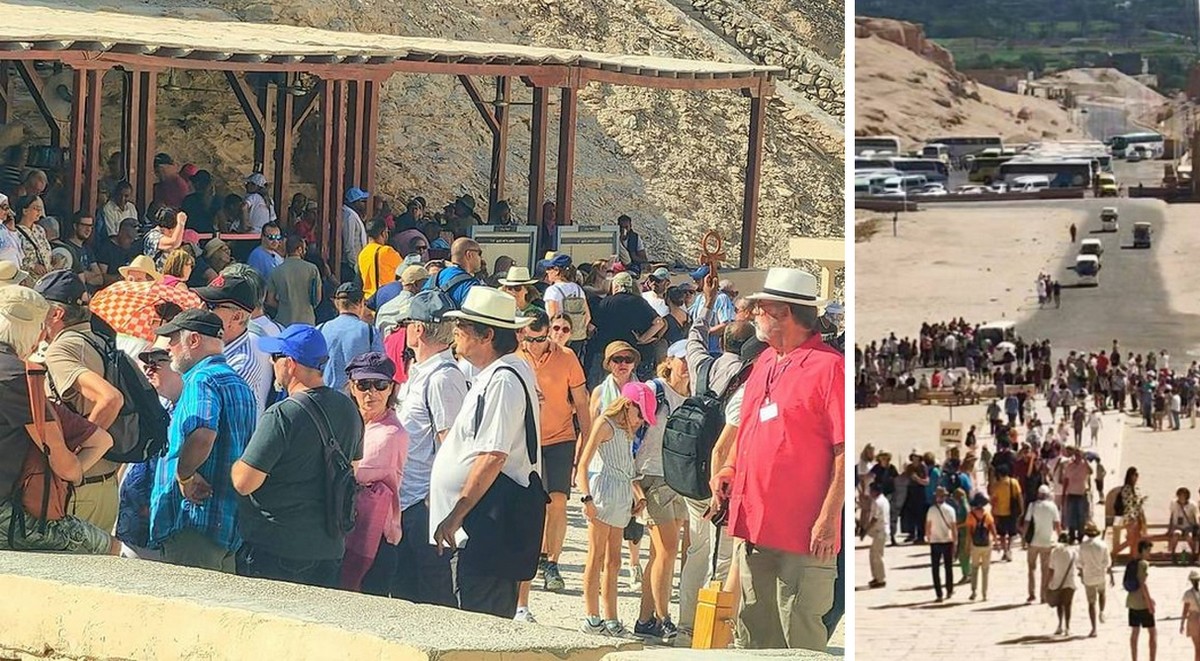 The ancient Egyptian sights of the Luxor province are experiencing a “significant tourist boom” – huge and long-forgotten queues of tourists line up to the famous temples. Among the main reasons is the climate conference in Sharm el-Sheikh, which coincided with the beginning of the high tourist season. Tourists also make their contribution, because most of them take a day trip to Luxor from Hurghada.

“Currently, Luxor Province has witnessed a significant influx of tourist groups from all over the world. This is due to the beginning of the winter tourist season, the improvement of the weather, and the decrease in temperature, which contributes to the increase in the number of visitors to the temples during the day,” Dr. Fathy Yassin, director of the Antiquities Department of Upper Egypt, told local media. He added that advisor Mostafa Elham, governor of Luxor, instructed provincial officials to make preparations for the opening of the new tourist season.

Not the last reason for the attention of the authorities was the climate conference held in Sharm el-Sheikh – many “guests and companions” also visited the sights, both as part of an official delegation and as ordinary tourists. At the same time, during the winter season, only official visits to Luxor are planned for the participants of 60 different conferences.

Tourists who visit the province during the daily land tours of Hurghada also contribute. As a rule, the excursion includes the temples of the pharaohs in Karnak, the Luxor temple, the temples of Hatshepsut, the Ramesseum, and the tombs of the Valley of the Pharaohs. For those who wish, it is complemented by the Luxor Museum, the Museum of Mummification and various entertainment such as Banana Island with boat rides on the Nile.