In the hotels of Egypt, they stopped making swans from towels on the beds 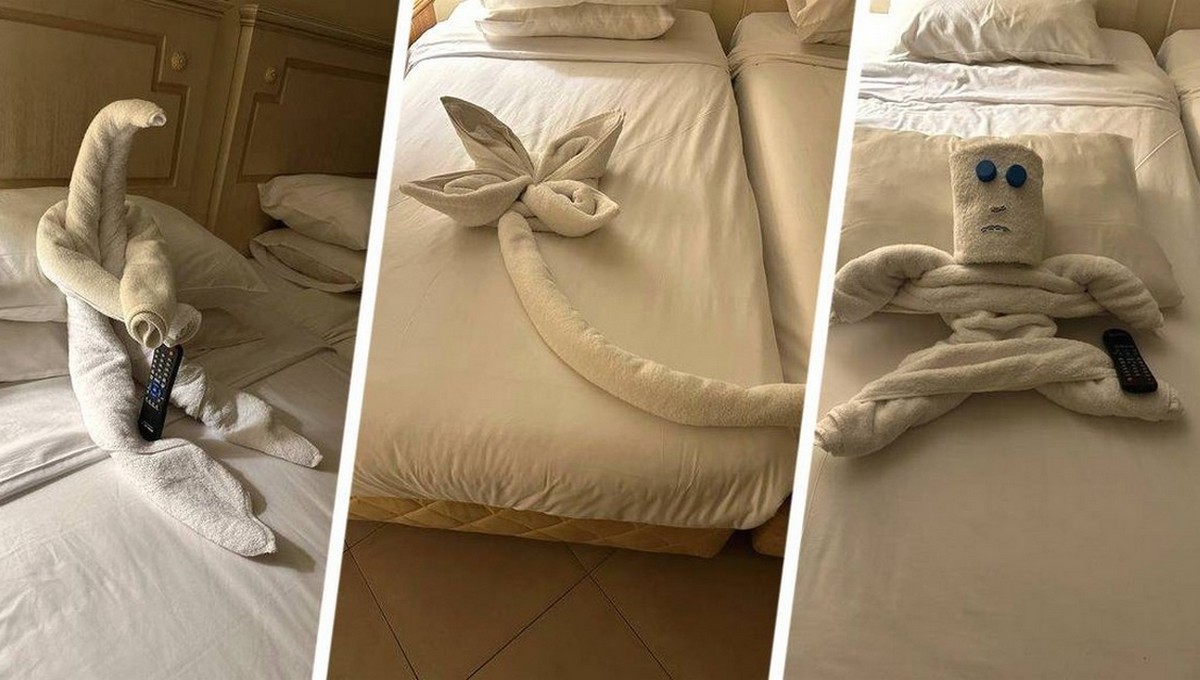 The climate summit held in Sharm el-Sheikh can become the “legislator” of a new fashion for figures made of towels on the beds of tourists. Previously popular swans can be replaced by rare representatives of the fauna. At least, they were the ones that the guests of the summit showed in their photos. Most people comment on the new fashion in favorable terms, although there are also critical ones.

But there are tourists who, to put it mildly, are not delighted with the new fashion, and emphasize that this aesthetic is questionable. First of all, because the cleaner spends a lot of time folding up the moving figures, “at the same time, the dust in the corners was and continues to be.” And some employees, who know the “kitchen” of the hotel, add: “By the way, each such figure begins with the cleaner clamping the corner of your towel with his chin – or even taking it into his mouth,” – they scared tourists with such unhygienic behavior. Others claim that it is “extremely unpleasant to wipe off” with such towels. “And when they use your things, like sunglasses, underwear, or pajamas, it’s not good at all!” – they said.