HomeGermanyGermans are crying: such a terrible summer for tourism was never seen...
GermanyTourism
05.07.2022, 20:20

Germans are crying: such a terrible summer for tourism was never seen even during the covid era 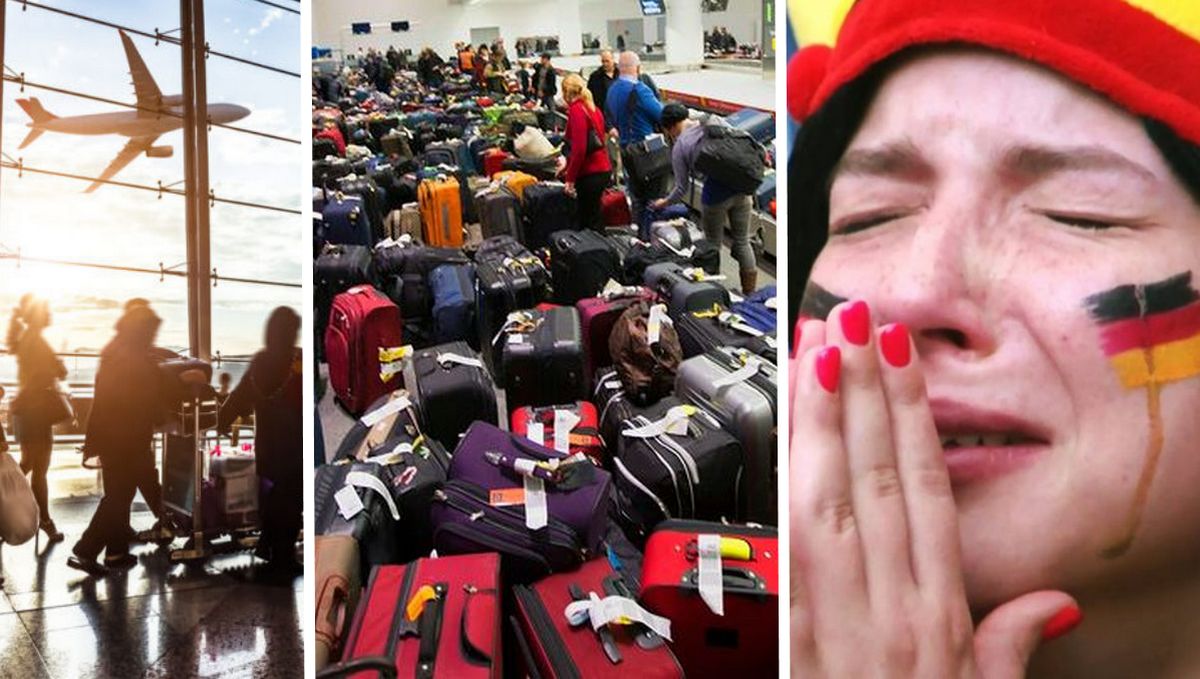 Tourists have experienced “everything but rest” – complain in the German media. The “post-COVID” syndrome in the aviation industry associated with the lack of staff turned out to be worse than covid itself, German tourists are sure, listing their losses – thousands of flights are canceled, luggage is lost, passengers wait 9-12 hours in queues to enter airports … In general instead of summer vacation, the Germans were forced to cry and bitterly regret the purchased tours.

As a result, as stated in the German business and travel magazine fvw, the chaos is causing frustration among holidaymakers – which in turn damages the image of the tourism sector. “During the first week of summer vacation in North Rhine-Westphalia, Germany’s most populous state, vacationers experienced everything but relaxation,” the publication’s experts complain. Tourists, they said, were waiting only for canceled flights, hours of waiting at check-in and security checks, lost luggage, and other disappointments.

Also read: Named secrets, how to keep your luggage intact during the flight

Ralf Beisel, CEO of the German Airport Association (ADV), also acknowledged the dire situation. According to him, the airports in Europe are in chaos, and things are just disgusting. However, he noted that despite this, 98% of flights throughout Germany will be operated. He also added that an additional 2 thousand airport employees, who, by the way, are planned to be delivered from Turkey, will not solve the current problem. “Because about one in five of the required operational personnel at the airports is missing,” the expert explained.

Some travel agencies and airlines, however, deny the chaos factor. TUI Airways chief executive Marco Chomperlik said they had clean flight traffic in the first week of the holiday despite some difficulties, and Paul Schweiger, sales manager for low-cost carrier Condor, suggested that Condor did a good job despite difficult conditions.

Markus Orth, managing director of the Lufthansa City Centre, disagreed with the latter. He stated that German travel agents received numerous calls from angry and restless travelers about cancellations and delays. This was indirectly confirmed by a representative of TUI Airways, who added that, despite some short-term adjustments, the tense situation at airports and airlines will continue until September.

Recall that in the aviation industry as a whole they announced the “worst crisis” – serious disruptions continue throughout Europe, thousands of flights are canceled, and delays and huge queues at airports for 8-10 hours. The crisis has also spread to the United States. Experts expect the chaos to last not only this entire summer season but not even end in early 2023. Read the details at the link.

Named the cost of tickets to the Great Egyptian Museum