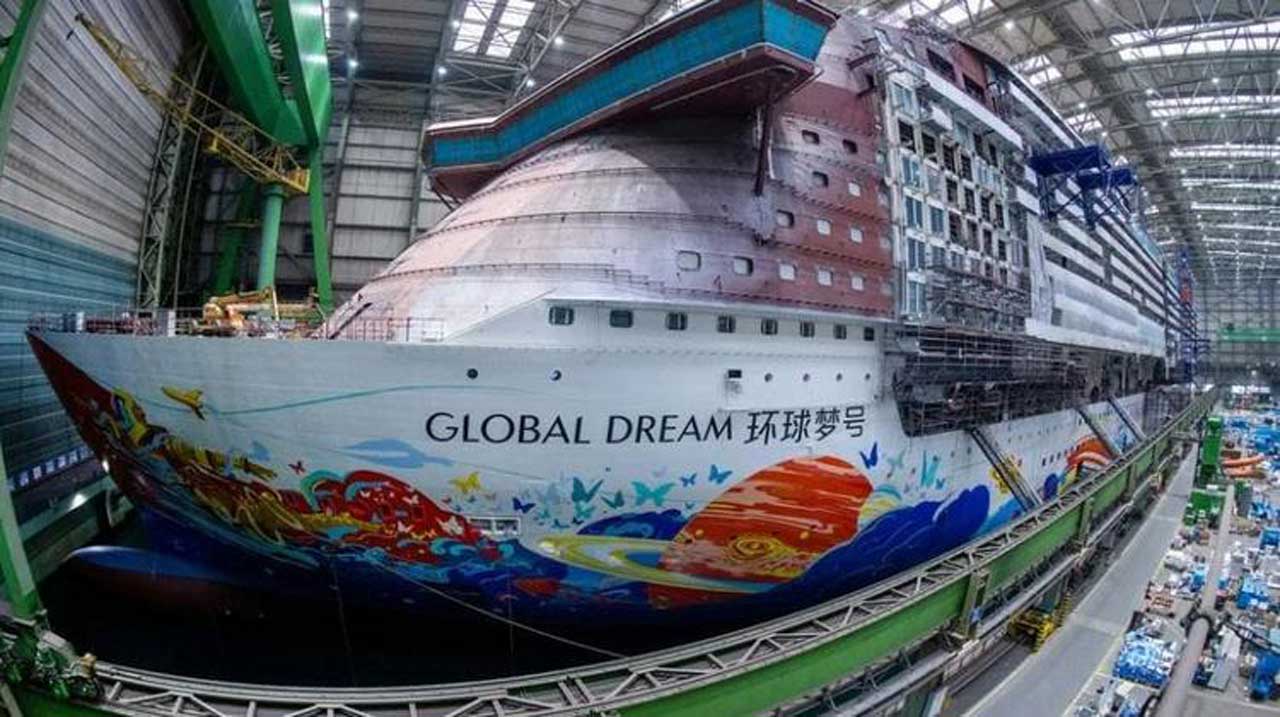 Cruise operator Disney Cruise Line will soon become the owner of one of the world’s largest cruise ships – this will allow it to break into the fast-growing Asian tourism market.

The Florida-based cruise division of travel giant Disney announced late Wednesday that it was buying a huge, half-finished vessel that was until recently built for Asia-based Dream Cruises.

Work on the ship, which was to be called Global Dream, was halted following the collapse of Dream Cruises along with sister brands Star Cruises and Crystal Cruises. They were all owned by Asia-based Genting Hong Kong, which went bankrupt.

Disney has said it will work with the German shipyard Meyer Werft to complete the ship.

With a displacement of 208,000 tons, the Global Dream would be the seventh-largest cruise ship in the world if it entered the market today. However, it is ready to accommodate a record 9,000 guests. A large number of passengers is made possible by cabins on the ship, which can accommodate families of four.

True, Disney said in its announcement that the ship would only carry 6,000 passengers, implying that the ship’s cabin configuration would be changed.

Experts note that the vessel’s size and the predicted number of passengers are atypical for a Disney ship. The operator’s five vessels have a displacement of 83,969 to 144,000 tons. And they can accommodate no more than 4,000 passengers.

Among the features of the Global Dream vessel, which was designed specifically for the Asian market, was a huge casino on one and a half decks. So far, Disney has not had a casino on any of its five ships.

Disney also revealed that the ship’s exterior will feature iconic colors inspired by Mickey Mouse and other characters.

Buying an unfinished ship originally intended for another cruise brand is a highly unusual move for Disney. The company likes to control the design and construction of its resorts, both on land and offshore, from the moment they are laid down.

However, Disney Cruise Line is in the process of expanding. The brand already has an order for two new vessels in 2024 and 2025. The ships will be sisters to the recent Disney Wish.

But the updated Global Dream will be ready to go to sea no earlier than 2025.