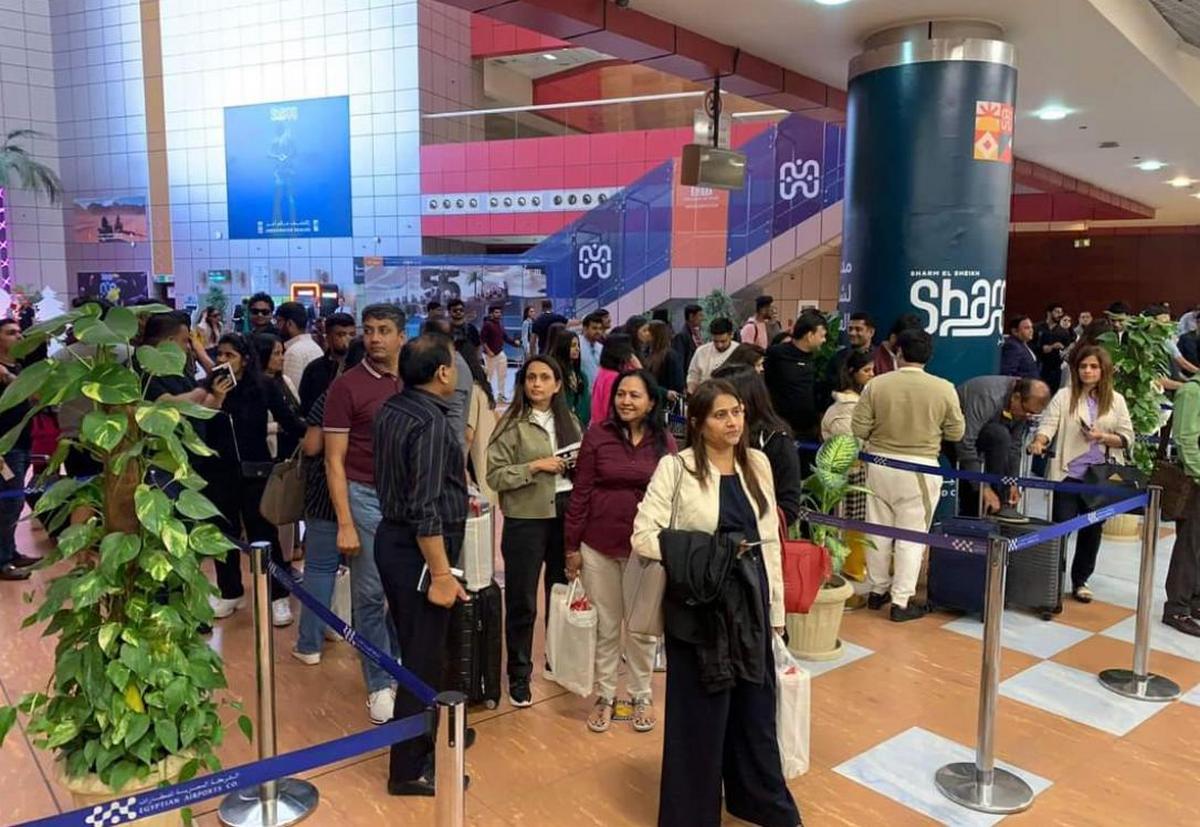 Sharm El Sheikh in Egypt became a wedding tourism destination for the first time, welcoming the first significant wedding tourism flight from India. A whole plane of guests, costumes and props arrived for the celebration.

The strange event for the resort town on the Red Sea came after one of the major tourism companies chose Sharm el-Sheikh as a venue for weddings and other mass events, Egyptian media reported.

The plane with rich Indian tourists was greeted with the traditional sprinkling of water, and the newlyweds and guests were given roses. Upon arrival at Sharm el-Sheikh International Airport, guests were also offered juice and sweets.

Islam Nabil, director of the Tourism Development Authority of South Sinai, was among the welcoming guests. At the press conference, he explained that wedding tourism is a new type of VIP tourism, which is a novelty for Sharm el-Sheikh. However, the resort town is ideal for such ceremonies, he said. during the whole winter in the Egyptian resort, the weather is warm and the picturesque nature pleases. Nabil added that the success of this tourism in Sharm el-Sheikh will revive the tourism movement and promote the development of tourism among the rich.

In Sharm el-Sheikh, a creepy coral fish with human teeth attacked a tourist, biting off a piece of his leg