HomeTourismA flight attendant revealed why they hate passengers who press the call...
Tourism
15.01.2023, 21:08 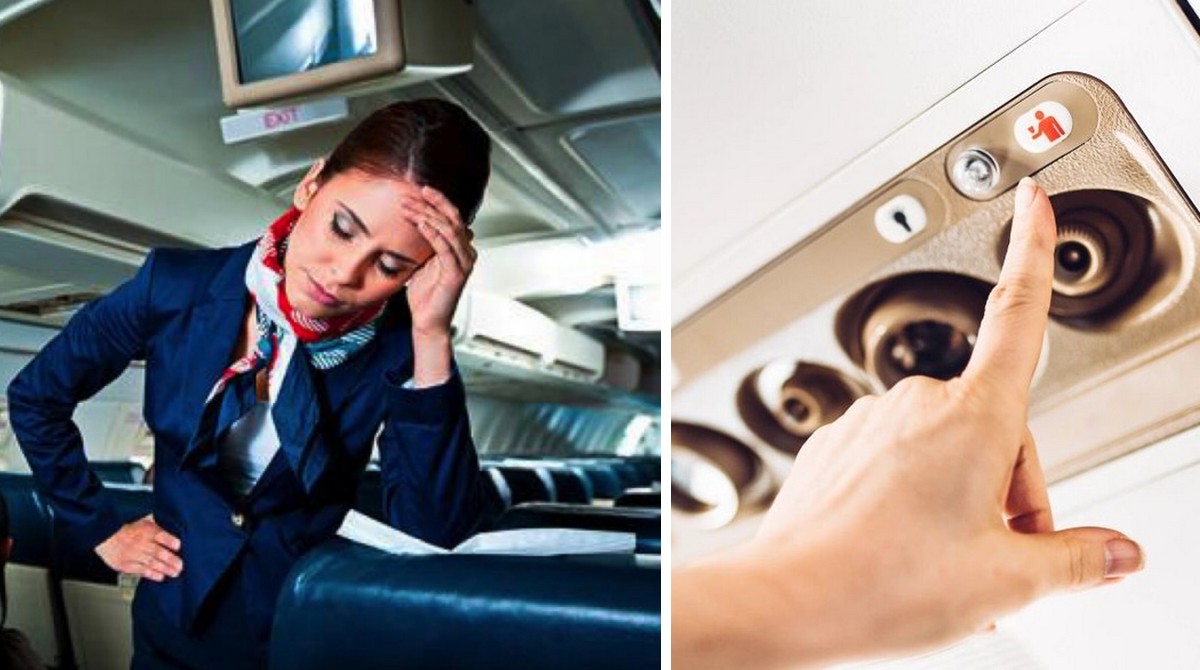 Some passengers abuse the call button on airplanes, so the staff hates them for it. In which situations it is better to refuse to press the help button, the flight attendants told in a branch on the Reddit forum.

Certain categories of tourists sincerely believe that a special button is intended for them to press when they need a drink, food, or a blanket. This is partly true. As the flight attendants explained, the button should be pressed only by passengers sitting near the window, so that they do not disturb other tourists in their row. “I would prefer people to come up themselves to order drinks and such. But passengers near the window are an exception. But if someone calls over and over asking for a drink, I’ll get annoyed. I’m sorry, if you need so much water, you should have bought a bottle at the airport,” said one airline employee.

Other crew members have criticized travelers who sometimes use the button to have a flight attendant come over and clean up the trash. According to them, this is part of the staff’s duties, but only at certain times, and not by request.

Passengers have been guilty of pressing the call button at really inappropriate times. For example, during take-off, landing and turbulence. When the corresponding indicator is turned on, the staff has to expose themselves to danger during the flight to resolve the tourist’s issue. “Do not press the button if the plane has entered the turbulence zone unless it is a medical emergency,” urged the flight attendant. “Someone called me after we secured the cabin for landing and then complained about the slow service,” added another.

Thus, the international president of the Association of Flight Attendants Sarah Nelson agreed with her colleagues. “Don’t use the call button to ask for a drink. Don’t think of the call button as a vodka and tonic button,” she clarified. Instead, the crew advised you to go to the staff in the kitchen on your own in case you want to drink something or hide with a blanket.

However, the constant airlock did not prevent many passengers from pressing the button when they should not have done so, the airline employees noted. Stewardesses are also people, so sometimes they get on their nerves. Once, one of the flight attendants shamed a tourist for pressing a button while waiting for food.

“I recently took off on an international flight and slept when the hot food was delivered. I woke up at 5:45 pm and realized I had missed my chance, so I pressed the flight attendant call button to see if they could get me anything. The flight attendant very politely let me know that she would do that, but the call button was only for emergencies. She informed everyone over the loudspeaker that the call button was only for emergencies. But she brought me food. I felt a little “embarrassed” and the people around clearly noticed it,” the traveler shared his story.

However, tourists sided with him and believed that the button is suitable for such situations. “Um, I don’t think the button is only for emergencies. I have already used it before to get a quilt. There were no problems with the flight attendant,” the user said.