Anonymous attacked another target in Russia: They deleted 65 TB of data 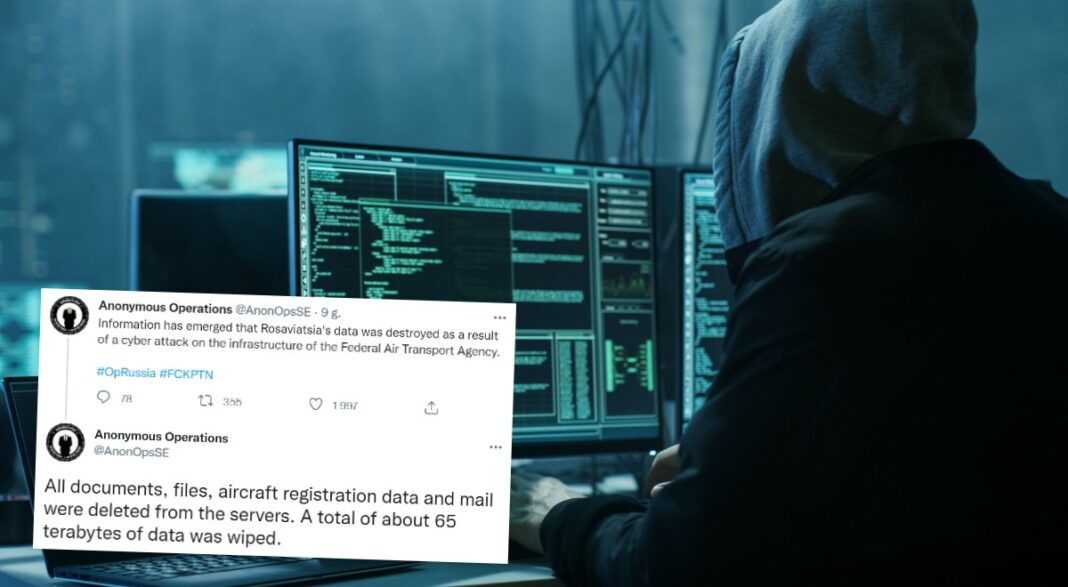 Rosaviatsia lost 65 TB of data. Hackers from Anonymous confessed to the cyberattack.

Russia was subjected to a large-scale cyber attack, as a result of which tens of terabytes of information were lost.

All information used in the work of the Agency had to be kept in a single copy and the department did not have a single backup copy. According to foreign media, the Russian Ministry of Finance was not supposed to find money for this.

Hackers destroyed about 65 TB of data: documents and emails over the past year and a half. In addition, they deleted all files located on the servers of the department, and at the same time in the system of public services.

The agency indirectly confirmed the attack. His chief, Alexander Neradko, assured that he had not caused serious damage and nothing threatened aviation safety.

However, the Ukrainian media report that what the hackers did set the agency back several decades in terms of organizing work.

A group of hackers confessed to the attack on their Twitter profile.

Rosaviatsia is the Russian equivalent of the Civil Aviation Administration, the agency responsible for aviation oversight.

How Anonymous is trying to undermine Putin