A runaway bull broke into a bank in Israel (Video) 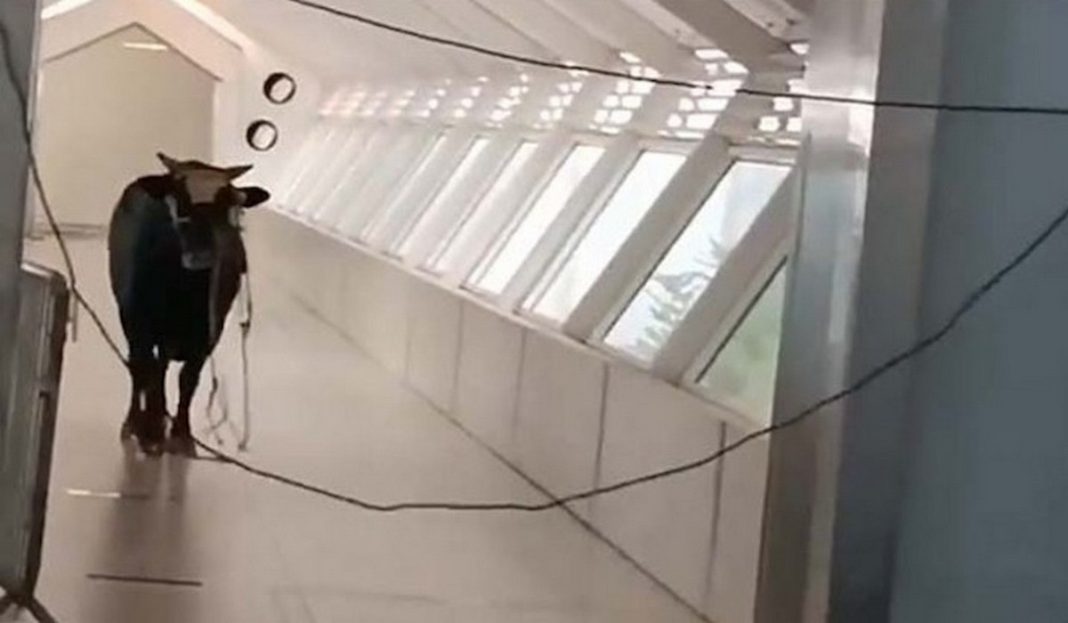 Are “bulls” anti-capitalists? This question intrigued Israel after a huge cattle got angry, broke out of the pen, and broke into a local bank, according to Agence France-Presse.

An unusual scene took place in the Leumi bank branch, located in the industrial district of the city of Lod, near the Tel Aviv metropolis.

The bull managed to escape from its pen, located near the bank, and ended up in the parking lot of the institution, after which it broke into it, according to the Israeli news site Israel Hayom, which published a video of the incident.

The sudden intrusion of a large animal into the bank caused panic among employees and customers, the source said.

The video shows that after chasing the bull, several people managed to put a rope around its neck and guide it to the exit.

A representative of Leumi Bank confirmed the fact of the incident to the agency, stating that the animal did not injure anyone or cause any damage. In the end, the bull was taken away by its owner.

The site pokes fun at the level of “discontent” against the tariffs at this major Israeli bank, which reached an “unprecedented” level on Monday.